We’re embarking on new territory next season. Our theatrical adventures take us to new venues and towns, and launch us towards new horizons! 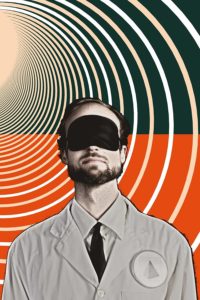 Ghost River Theatre’s Tomorrow’s Child will play October 24-November 5, 2017 at the West End Cultural Centre. Ghost River Theatre, with special permission from the Ray Bradbury estate, has created a new audio only adaptation of Bradbury’s sci-fi short story Tomorrow’s Child as a one-of-kind, audio-only theatre experience presented to a blindfolded audience. This ain’t no radio play–the quirks of 50s sci-fi are reimagined for a highly immersive sonic environment, created with the latest in sound technology. An unforgettable sonic journey that has to be heard to be believed.

A Short History of Crazy Bone, a TPM production written by Patrick Friesen will premiere March 29th and run until April 8th, 2018 at Le Cercle Molière. This long poem-turned-monologue awakens Crazy Bone (Tracey Nepinak), a middle aged Woman living on the edge of the world, at the edge of time, wandering the mid-path of her life, on the outskirts of a small town. She skirts between dream, memory and imagination, listening to herself and to the river, Crazy Bone is a trickster, a fool, a wild woman laughing, a campesino who through loss is finding her way back to herself.

In addition, Artistic Director Ardith Boxall and Associate Artistic Director Andraea Sartison hit the road with This Land Floods, a rural outreach project in the Interlake that includes interdisciplinary workshops, theatre education and collaboration between rural and urban artists. We began laying groundwork for this project during the 2016/17 season with our host community Arborg,  conducting multiple visits for research, performance and meetings. Our exchange will continue throughout the coming season with the ultimate goal of creating a new play for Manitoban audiences in collaboration with the community that will debut in the coming years. We look forward to sharing our work in progress with you at a Chatuaqua style event featuring performance, ideas and art from the Interlake in Winnipeg next spring! 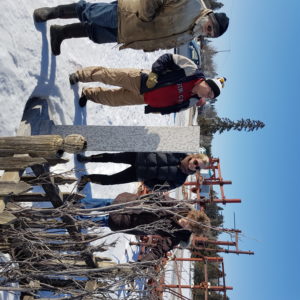 Salons– yes, you can expect those too! We will return to the Good Will Social Club- they’ve been so good to us! Expect four cabaret evenings throughout the year. We look forward to raising a glass to science fiction, sound, poetry, dance and Manitoba history- in the spirit of our season- with you at these free community events.