We are thrilled to share some of the Artist driven projects and new commissions we are supporting this season! 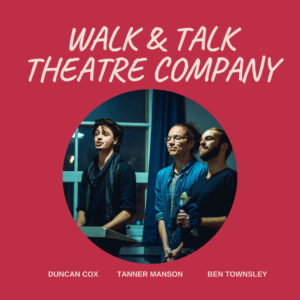 Walk & Talk Theatre Company’s new music-theatre piece, END OF THE LINE is their whimsical & imaginative take on end-the-world myths. Ben Townsely, Duncan Cox & Tanner Manson are collaborating artistically other local music-theatre makers in the process of this ensemble show. Threads of this show started to weave together during the company’s artistic residency at the International Institute for Sustainable Development- Experimental Lakes Area in autumn of 2019 and the project hasn’t stopped growing since even before then, and will continue to do so this season. Learn more about Walk&Talk Theatre Company here. 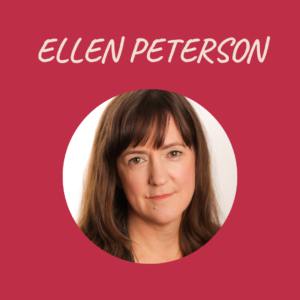 Ellen Peterson’s play Daredevils has taken a turn! Now titled The Consolations, Ellen refuses to call this change in process a PIVOT!

Ellen Peterson is a Winnipeg playwright, dramaturg, actor, and teacher. Her adaptation of Jane Austen’s Sense and Sensibility premiered at the Royal Manitoba Theatre Centre in October 2018. The Brink and The Eight Tiny Reindeer of the Apocalypse premiered at Prairie Theatre Exchange (2013) and Theatre Projects Manitoba (2012) respectively. Short plays Learning to Drive, Branta Canadensis and On the Shelf have been published in anthologies Instant Applause I and II (Blizzard Publishing) and Generation NeXXt (Scirroco Drama).

As an actor Ellen has appeared on nearly every stage in Winnipeg and in most of the school gyms in Manitoba. When not writing, Ellen teaches theatre and creative writing, currently at Manitoba Theatre for Young People and with the University of Manitoba’s Musical Theatre Ensemble. A graduate of the University of Winnipeg (B.A. Theatre ’84), she has served as dramaturg for the Manitoba Association of Playwrights, the Playwright’s Atlantic Resource Centre, and the Saskatchewan Playwright’s Centre.