Ardith Boxall – Artistic Director Ardith Boxall is an actor and director. In 2005, after a year as associate artist, Ardith was appointed the Artistic Director of Theatre Projects Manitoba, a company dedicated to new plays and the development of local artists. Prior to this, she worked primarily as a freelance actor for stage, film and television, a drama instructor, and was an emerging director. A graduate of the University of Winnipeg with an honours degree in Theatre and Drama, Ardith continued her studies at the National Voice Intensive at Simon Fraser University, and mentored in directing under several of Manitoba’s finest theatre practitioners.

Since the company’s founding by Harry Rintoul and members of the community in 1990, Ardith has maintained strong ties with Theatre Projects. Several acting, assistant directing and directing credits at TPM over the years have reinforced the need to preserve the Company as a professional theatre for artists in our region. Selected TPM credits include Ce Weekend la, Live With It, I Do…Do You? The Monster Trilogy, Age of Arousal and three instalments of In the Chamber (2006, 2007 and 2009).

Selected acting credits include, Shakespeare’s Dog at the Manitoba Theatre Centre/National Arts Centre, Zaidie’s Shoes and The Norbals at Prairie Theatre Exchange, Crave with English Suitcase and The Darling Family with Graham Ashmore at the Winnipeg Fringe Festival. Ardith won a Blizzard Award in 2004 for her performance in Jeffrey Erbach’s feature film, The Nature of Nicholas. She has appeared in Canadian films such as The Stone Angel and Milgaard. In 2009, Ardith was nominated by her peers for the Making A Mark Award which applauds established artists who are receiving critical recognition for excellence in their art practice in Winnipeg and beyond.

As the Company enters its 22nd season this year, Ardith continues to oversee the activities of TPM, programming the seasons, gathering artistic teams, and seeding new production to carry the Company into the future. Maintaining the original mandate of the Company while expanding the artistic mission to include contemporary Canadian plays, Ardith is determined to promote the activities of TPM on a national scale. This includes advocating for the dissemination of Manitoba plays in the greater Canadian theatre community.  Ardith is a member of the Board of Directors for the Professional Association of Canadian Theatres. 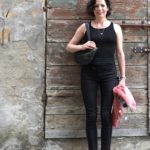 Rea has been working in the arts for 20 years as a producer, writer, actor and musician.  Her first professional stage experience was with Theatre Projects Manitoba in the 1997 installment of Short Shots and returned as the Artistic Associate in 2005. Since starting with TPM, Rea has focused on collaborations with artists and members of the community, leading to involvement with The Manitoba Historical Society, The University of Manitoba Archives, The Manito–Ahbee Festival of All Nations and the adoption of the Times Change(d) High and Lonesome Club as a venue.

Her writer/performer credits include Grow Op and Floodgates (commissioned for TPM’s 2nd installment of In the Chamber) as well as cabaret pieces CockBlock and Woodchick.  In 2009 she was thrilled to join Grant Guy’s object puppet company Adhere and Deny for an interpretation of Paradise Lost. As a musician she was the bass player of pink punk band Shrimp, who put out two albums – Peel N Eat and Smell My Finger. Two of their songs were adapted for Daniel MacIvor’s play A Beautiful View.

She has worked in film and television as an actor and stunt performer and served several terms as the Vice President for ACTRA Manitoba. She is also a founding member and the Past Chair of PAL (Performing Arts Lodges) Winnipeg. Anyone have a building they want to donate?

Andraea is a theatre creator and producer, specializing in devised theatre and interdisciplinary collaboration. Her relationship with TPM flourished when her company, One Trunk Theatre, was in residence for a period of two years, during which she co-created (together with Gwendolyn Collins and Claire Thérèse) and directed I Dream of Diesel, which premiered as part of TPM’s 25th Anniversary Season.

With the support of the Canada Council for the Arts, she has taken an 18 month position as Associate Artistic Director during which she will participate in all aspects of the company’s season from both administrative and artistic perspectives. Specifically, she will be working with the University representatives in the development of a new collective collaboration, working on research and development for a province-wide theatrical investigation, preparing the world premiere of a new Canadian play, and producing the salon series.