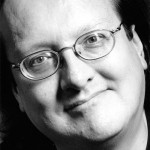 Consider how useful a wristwatch that lights up and glows is, if your work takes you, as mine does occasionally, into the darkened auditorium of a theatre. Settled under the blanket of the theatre’s artificial night and focused on the dream world rising on the stage, I can check unobtrusively on time’s passage. If I’m watching the rehearsal of one of my own plays, I want to be certain it’s playing out with as much alacrity as my conceit allows. If I’m attending some other play’s performance, checking the time is a measure of how the play is working for me, fairer to those works, as I age, than the question of when the next bathroom break will come.

In 1987, I was the guest of Spirit Quest, a festival of poets, tricksters and shamans, in Victoria, B. C. I attended, a registered Delaware Indian who’d actually published a book of poetry —the production of my first play occurred the following year— but had nevertheless felt, at moments, still a farm boy, not quite up to membership in even that first exalted category.

I explored the town and found myself in a museum packed with treasures from the history of the Kwakiutl people (the epithet ‘First Nation’ had yet to be invented). There were totem poles, yes, coppers, masks and woven cedar hats, rain capes and button blankets, even an entire Big House taking up an entire floor. I’m from Six Nations, southern Ontario, Iroquois territory, where our traditions centre on the Longhouse or mission churches, more modest affairs, so I was awed by the spectacle, the beauty, and a touch envious of their tradition’s public affirmation.

So the final evening, at the big concert, I was primed. A program of music, poetry, magic and stories so long I would have been checking my watch if I’d had it then, all culminating with all those arts, with dance added, in an excerpt from a Potlatch ceremony presented by the local Hunt family and their Fort Rupert Dancers.

Figures in red and black button blankets filled the stage, a rhythm from drums and rattles filled the air and, though the lights stayed up, in that pattern of swirling bodies, of footsteps and hand gestures, of significant looks, I forgot myself and bodily needs for nearly another hour. That audience of strangers, retirees, artists, bureaucrats, students, businessmen, families, old and young, immigrants and assorted Indians, were around me, equally mindful.

To top the event off, during the closing, those of us who were guests were called up on stage. I found myself, felt myself then and there larger than everyday life, with a button blanket draped over my shoulders, tied snuggly, the twine itching my chin, amazed to be stepping forward, as if guided by that blanket, a moon rising at dusk, to the rhythm of the drum as it resumed.

A scientist installed backstage at a theatre a movie camera capable of recording infrared light. He opened the lens out at the audience and, as a play was performed, caught glimmers of that invisible energy reflecting back from the audience’s glistening eyes. Those lights twinkled with the audience’s blinking, at first as individuals here and there laughed at jokes, at turns of phrase or plot, but then the sparkling came more throughout the auditorium, in waves or unison, as the people, the scientist later surmised, took in each new thought, each new feeling the play provided, took them in all at once, a sure sign they were of one mind.

Among the traditions of the Iroquois is the idea of the Good Mind, a spiritual achievement of people who put their thoughts and emotions in harmony with the flow of the universe and the intentions of the Creator.

In our present-day world where it now seems the Creator, if he’s anywhere at all, is lurking in dark matter, I feel blessed to be able to enter the nights of theatres, to belong occasionally to the make-believe worlds rising in the artificial light on the stage, to uncover, my watch lit up and glowing, signs that point in the direction of that complex and promising consensus.