Winnipeg’s celebration of new plays is moving to September! Presented by Prairie Theatre Exchange, the Carol Shields Festival, Version 7.5 will celebrate Canada’s inaugural Culture Days by opening up “plays under construction” to the general public. We’ll be there with a new play in development! 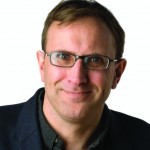 One Man’s Show is a provocative psychobiography which examines the gendered history of mankind by seeing what all humans have in kind. On the eve of his marriage Sarah-as-Al searches for his place in his family, in the world, in history, and within himself. This unique monologue filled with dark humour, draws outside the lines.

A comic and a writer since age 19, Al Rae was co-creator of Little Mosque on the Prairie for which he received a Gemini Award and the Prix Roma Screenwriting Prize (Italy). He is also the creator and writer of the CBC Radio hit: Monsoon House with Russell Peters and is currently the Artistic Director of the CBC Winnipeg Comedy Festival.