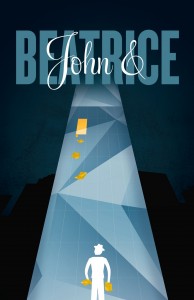 “Well-to-do young heiress, intelligent and perceptive, who has never loved anyone, is seeking a man who will interest, move and seduce her. Substantial reward offered.”

John & Beatrice is written by Carole Fréchette, one of Canada’s leading playwrights.  Recently, there has been an explosion of Fréchette’s work across the country. She is well known internationally and she is one of the most produced Canadian playwrights in France and Europe. Her work, translated into 18 languages, has been staged all over the world, from Montréal to Reykjavik, and Paris to Tokyo.

The English translation is by noted Canadian dramatist John Murrell.John and Beatrice opens November 1st and closes November 11th in the Rachel Browne Theatre. Tickets range from $15-25 (inclusive of GST) and are available by calling the box office at 204-989-2400 or by ordering through this website.

High above the city, Beatrice sits on the 33rd floor of an office tower waiting for the right man to respond to her ad. When John appears, the games begin. This bounty hunter is up to the challenge but his reward is in question.  John and Beatrice is a masterful play about the delusions and truths of modern day romance. Fréchette’s characters lean firmly to the archetypal; John is a lonely hunter and Beatrice the arrogant princess. With a blend of myth and humor these two lonely people demand and need only one thing – to be able to love.

John and Beatrice blends comedy, melodrama, absurdist theatre and naturalism. Like a lovers’ version of Waiting for Godot, it plays out at times as a duel, at other times, a deceit. With a nod to film noir and a fairy tale heart, the chronicle of John and Beatrice’s romance finally reveals itself as a deep and painful drama.  At all times, it is a duet. 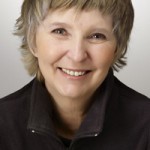