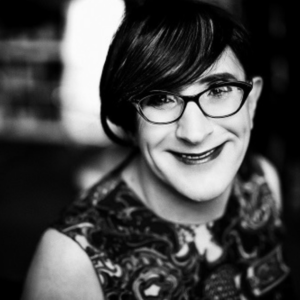 As the Opening Night of Dragonfly approaches (March 14-24, 2019), we took a moment to ask Lara some questions based on her play and on her past experiences:

Why it is important to share stories written by trans writers?

To show where fundamentally we are the same as cis people. And to show where we are different, unique, special, valid, deep and valuable. In my case, I want people to know how important it was that I was doing something valid. Scientifically and spiritually. That hormones and surgery would quell my lifelong gender dysphoria and that surgery would make me feel complete and for want of a better word, normal. I think many people have very little knowledge of trans people and seem bizarrely incurious, but also permit themselves to wax for hours about our lives and our rights and our needs. I think the science is growing more firm every day that trans brains have a variant that can be seen with instruments, a variant that makes our brains appear closer on some mappings to the gender we know we are. And yet most people still frame it as a “choice’. This is something I did that I needed to do, that I did years too late and that is very serious and life-saving. Also, people should know many of us are very happy but we are so often treated like garbage and it wears you down and kills your trust. I am one of the very very lucky ones. I have loving friends, a loving family, a job, a home, and my health. All these things are taken for granted by many. Many trans people have none of the above. People are trying to erase us from public life and I often feel like they are succeeding.

Why did you choose to have to two performers tell the story of a trans person?

There are two answers.  First, that pre-transition in 2010, I wrote a show for TPM for the Carol Shields Festival of New Works called One Man’s Show with Sarah Constible, a gender autobiography that dealt with my gender dysphoria in a subtle way. In early transition, I considered a second act for TPM called One Woman’s Show, this act starring a male actor. Then, I, and the world changed and the limitless potential of stripping binary and gender from art suddenly freed the whole enterprise. I had always wanted this play to be the inside voice of a trans child and adult since so many stories of trans lives are about bodies changing and bodies colliding with others. (If I see one more news story of a trans woman that starts with her or them putting on makeup, I will hurl). So now, we have a show for two actors of any gender, age or ability who I call THEY and THEM and who both embody a trans identity from the inside. In assigning lines to this cast, I ignored gender leanings and you soon find they are so pervasive and yet so easily dispensed of with patience and imagination. I focused entirely on their individual strengths and since this work is basically blank verse, on how I could hear them (or they) saying a particular line. It was tough because Sarah’s performance in the first show was so fresh in my mind and I moved a few lines to Eric which was strange to my ears at first but confirmed that this experiment in non-gendered theatre esp in a play that deals so much with gender could work. And I hope you all agree.

How are you able to be so vulnerable and forthcoming about your life experience. What motivates your vulnerability?

I think more properly I write about times when I was vulnerable and part of maybe why the play ends at the start of my transition process is that I am still vulnerable in being a trans woman who only passes as a woman some of the time and I need more time to look back on this vulnerable time. I think you need to be not angry to be funny, and not angry to write about the hurt you have endured and the hurt you have caused, so you need some growth and distance. As for forthcoming, I think it’s the same. To use an alimentary metaphor I think we can only regurgitate what we have fully digested. Otherwise, your work is gas or puke.

What do you hope people will take away from this play?

That this was a spiritual journey for me: from innocence, through a wilderness of puberty and pain, to purgatory and bardo and finally to redemption rebirth and happiness

You have a broad range of activities in your life that people may not know about – What are your passions in life?

Friends, cooking, reading, rats, opera, theatre, classical music; feeling happy and alive most of the time now.  Also, since my transition, I am more interested in looking at things in a different way. As Poe wrote: The more I see, the more it seems it’s all a dream within a dream. I love ghosts and the enneagram and take the horoscope serious enough I will avoid stuff if it tells me to. I also attend Quaker Meetings, St. Ben’s Table, and Young United on occasion. I love the quiet of the Quakers and the music and sermons at Young and St. Ben’s. I strive to break what Blake calls our “mind-forg’d manacles”,

In every cry of every Man,
In every Infant’s cry of fear,
In every voice, in every ban,
The mind-forg’d manacles I hear.

You are a huge fan of opera – what are your top three opera picks that everyone should see in their lifetime?

Even if you can’t see them, listen: Verdi’s Rigoletto, The Ring Cycle by Richard Wagner, All the mature Mozart operas, Lucia Di Lammermoor, by Donizetti Janacek’s Janufa, Lady Macbeth of Mtsensk by Shostakovich, is that three?

You grew up in Glasgow in the 1960s – what did Winnipeggers miss out on?

Not much. It was coming to the end of a dirty, sluggish, impoverished, depressed time and a better one would not begin until years after we left. Moving to Toronto in 1972 (mullets excepted) was the best thing my parents ever did for themselves or my sister and me.

You talk about your experience in Toronto during the AIDS crisis in Dragonfly, what can tell us about the Toronto AIDS crisis that people might not know?

Cynically: that there was an AIDS crisis and many many many young people died and no-one seemed to care, not really. That as crap as it is for trans people now it was ten times worse for any gay or in any way non-cisnormative non-heterosexual person when I grew up. Also, it was a true death sentence so the idea of thinking you were infected and being terrified to get tested made people antsy and grumpy and tired but at the same time most people walked around like nothing was happening.

Do you have future project plans you wish to share?

I am getting married! I just have to meet someone. I am leaving the Winnipeg Comedy Festival after 18 years. I am teaching, I love it. I want to read even more and write poetry. 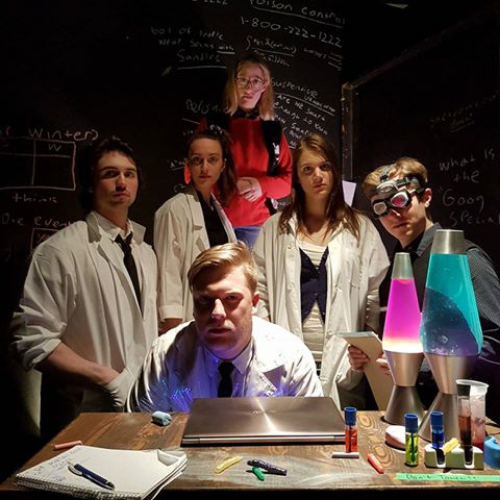 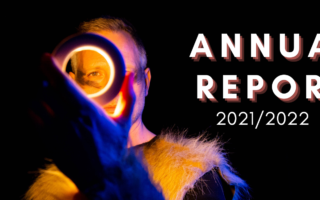