On March 29th, TPM will present the world premiere of Dionysus in Stony Mountain by Steven Ratzlaff.

As unabashedly intellectual as it is dramatically compelling, the play erupts with Friedrich Nietzsche, exploring the binding and loosening of family ties, the warehousing of the mentally ill in Canada’s prisons, mania, and the boundaries of the patient /psychiatrist’s relationship, finally asking “what does it really mean to care?”

We sat down with Steven to chat about the evolution of his  play, his choice of Nietzsche, his thoughts on society’s vast systems & his compulsion to write about them.

TPM: Friedrich Nietzsche is central to this play on many levels; he’s obviously woven in to the dialogue but also seems to hover over and direct the the action. What compelled you to write a play that takes on his work in this way, in this setting?

SR: He is a very provocative entertaining writer. That appeals to me dramatically. Half of the play takes place in a prison. I suppose part of the reason for that setting is my familiarity with the place. I spent several years visiting inmates at Stony Mountain and did one term as a teacher there. It’s a very bizarre place.

The central character of the play is Heidi, a young psychiatrist, struggling to live justly. She contends with two other characters: James, a prisoner and Eric, her uncle. James is using Nietzsche as a way of healing himself, of freeing himself from moral delusions. He believes that Heidi could also free herself from these delusions that plague our society.

TPM: This isn’t the first time your work has focused on the systems we create, supposedly to create structure, meaning and order in our lives. Is it your intention to have the audience debate their merit, or simply to be more aware of them?

SR: One of the features of our society is the large systems that have evolved to deal with needs: corrections, education, health, welfare. These actually have become monsters that simply grow of their own accord regardless of effectiveness. The people who most obviously benefit from these systems are those who work within them.

I don’t see much hope in changing that. The political discourse in this country reminds me of Sunday School. Successful politicians must demonstrate that they all believe in the same myths. None are willing to take on any of these monsters, no matter how much evidence suggests that things aren’t working out. Aboriginal policy is a clear example of this absence of political though or courage.

TPM: When the idea for the play first came to you, did you have a defined arc, or in the act of writing were you taken in directions you didn’t anticipate?

SR: The play developed in unexpected ways. It originated in my attempt to create a dramatic monologue out of Nietzsche’s writings. He’s such a theatrical writer I felt he could work as a one-man show. That evolved into the character of a manic prisoner, obsessed with Nietzsche talking to a psychiatrist. That’s when the work became particularly interesting for me. The challenge was to create an engaging role within the constraints of the fairly passive psychiatric stance. Much later in the process, while I was struggling with the second half of the play, the psychiatrist began to emerge as the central character.

TPM: You wrote Dionysus in Stony Mountain and performed it in 2009. Is it challenging to let go and appreciate another artist’s interpretation?

SR: This has been a pleasure. I’ve watched Ross doing these roles now in two different workshops and each time he does it I take delight in what he discovers.

TPM: What do you want the audience to walk away with after the performance?

SR: I hope they are engaged and moved by these characters. I hope this play creates some moments for individuals to think outside our banal political discourse. I hope people are entertained by these passionately engaged characters doing just that. 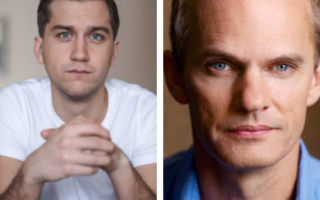 Writer to Writer – Red Earth writers interview each other 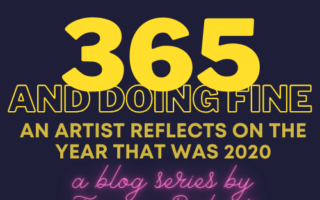 A COVID-19 Update for our Community