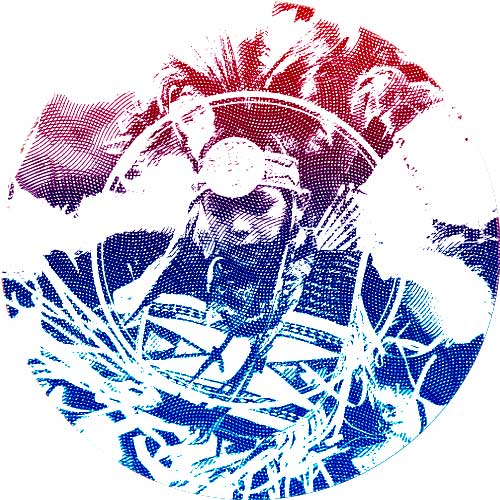 Reservations inserts us into two stories; a dispute between foster parents and the Aboriginal CFS agency responsible for their children and the philosophical and spiritual decision of a Mennonite farmer who gifts his land to the Siksika Nation. Artful, entertaining and provocative, Reservations asks tough questions about our home and native land.

Steven Ratzlaff is one of Manitoba’s most political playwrights, exploring  contemporary social and political issues through a local lens. With Reservations, he continues to attach issues of immediate concern – at-risk children and restitution for First Nations.

“The most meaningful work of reconciliation, however, will lie in small, face-to-face initiatives for which the imperative is greatest where communities exist in close proximity.”                            Roger Epp, We Are All Treaty People 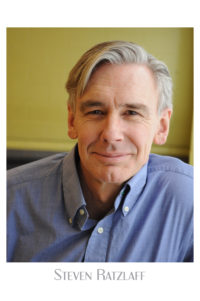 TPM has previously produced two of Steven’s plays: Last Man in Puntarenas and the full length version of Dionysus in Stony Mountain.

Reservations was written with the generous support of the Manitoba Arts Council.

Manitoba Association of Playwrights supported workshops of the play.

Per Brask, Ross McMillan and Yvette Nolan provided valuable comments at various stages. Emma and Ian helped me find my way through to what was most important.  Tracey and Sarah have been guiding spirits. From the very beginning of a long writing process Bill Kerr has been everything I could ever want in a dramaturg.

I am grateful to Ardith and Rea and the TPM team for producing this play with such commitment.
Emma Tibaldo – Director 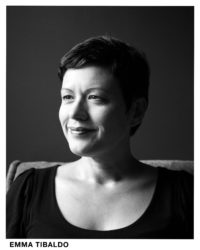 Emma is the Artistic and Executive Director of Playwrights’ Workshop Montréal and a founding member of Talisman Theatre for whom she has most recently directed The Medea Effect by Suzie Bastien and Billy (The Days of Howling) by Fabien Cloutier, translated by Nadine Desrochers. Other recent directing credits include: Falling Trees by Megan Coles for Poverty Cove Theatre, Model Wanted by Step Taylor for NotaBle Acts and Refuge by Mary Vingoe for Eastern Front Theatre. She has been dramaturg and director for staged readings across the country. She is a graduate of Concordia’s Theatre Department and the National Theatre School’s directing program. She also sings in the family band The Tibaldos.

Ian Ross was born in McCreary, Manitoba in 1968 and currently resides in Winnipeg. Ross attended the University of Manitoba where he studied film and theatre and graduated with a Bachelor of Arts degree in 1992. Ross’s directing experience includes short films and plays for student productions, as well as for the Winnipeg Fringe Festival and the Red Roots Theatre. His writing and performing have been described as provocative, offering a distinct and accurate perspective on the experiences of Aboriginal people. In 1996, Ross received the John Hirsch Award for Most Promising Manitoba Writer and, in 1997, Ross’s play, fareWel, won the Governor General’s Award for English Drama and was published by Scirocco Drama Publishing the same year. 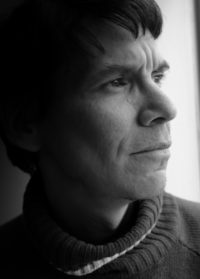 Of Cree descent, Andrew Balfour has written a body of more than 40 choral, instrumental and orchestral works, including Empire Étrange: The Death of Louis Riel, Migiis: Sound Scape of the Whiteshell, Vision Chant, Gregorio’s Nightmare, Raven Can Tango, Wa Wa Tey Wak (Northern Lights), Fantasia on a Poem by Rumi, Missa Brevis and Medieval Inuit. He has been commissioned by many organizations, including the Winnipeg Symphony Orchestra, the Regina Symphony Orchestra, Winnipeg Singers, the Kingston Chamber Choir and Camerata Nova. His works have been performed and/or broadcast locally, nationally and internationally.

A recent graduate of the University of Winnipeg, Jane is happy to be back with TPM for Reservations. Recent stage management credits include Antony & Cleopatra (SIR), I Dream of Diesel (One Trunk Theatre/TPM), and Young Frankenstein (WST/Manitoba Dental Association). 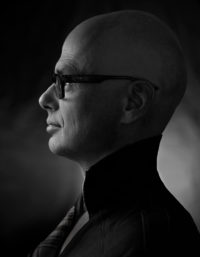 For over 30 years, Hugh Conacher has collaborated with choreographers, directors, visual artists, and dance and theatre companies throughout Canada and around the world.  His work has been seen nation-wide, as well as in the United States, Mexico, South America, Europe, Asia and India.

Hugh has designed many shows for TPM, including the recent I Dream of Diesel (with One Trunk Theatre), Sargent and Victor and Me,  Bashir Lazar and John and Beatrice.

Hugh enjoys working beyond the constraints of traditional lighting design using various forms of interactive media, video and photography. His photographic work resides in private collections and has been published worldwide.

Hugh is a member of the Associated Designers of Canada 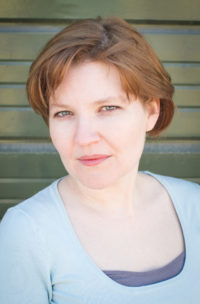 Sarah is an actor and writer living in Winnipeg. Previous shows with Theatre Projects include White Rabbit Red Rabbit, The Monster Trilogy, Murder Ballads, and Dionysus in Stony Mountain. Other recent theatre credits include Things We Do For Love (RMTC), Sherlock Holmes and the Case of the Jersey Lily (RMTC), Henry IV and V (SIR), Ivanov (WJT), and The Swearing Jar (PTE). Film and television credits include WindCity, My Awkward Sexual Adventure, Euphoria, Less Than Kind, and The Stone Angel.

Grant Guy is a Winnipeg theatre artist and writer of Western fiction. Guy has designed The Miser Of Middlegate, Dionysus In Stony Mountain, and Stretching Hide amount other productions for Theatre Projects Manitoba. He has also designed for MTC, Magnus Theatre, Theatre Calgary, Tarragon Theatre, and Prairie Theatre Exchange. He has directed and written several original works for theatre. Recently Guy has added writer of Western fiction to his resume. 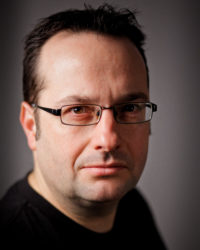 Bill Kerr has directed, dramaturged, and acted in productions and workshops across Western Canada. As a dramaturge in Winnipeg he has collaborated with Steven Ratzlaff, Cairn Moore, Mike Bell, Robert Smith and Gary Jarvis, among others. He is currently working with Ian Ross on his new play Doubtful House which will premiere at the Grand Opening of the New Theatre in Taché Hall in March. He is very happy to be continuing his collaboration with both Steven Ratzlaff and TPM for whom he dramaturged and directed Ratzlaff’s Dionysus in Stony Mountain. He is an Associate Professor in the Department of English, Film and Theatre at the University of Manitoba, and the current Theatre Program Chair and Black Hole Theatre Company Artistic Director.

Erin Laforet is a student of the University of Winnipeg’s production program. Recent stage management credits include Antony & Cleopatra (Shakespeare in the Ruins-Apprentice), Young Frankenstein (Winnipeg Studio Theatre), You Were There: A Shadow Play (Pocket Frock Productions), and Enchanted April (University of Winnipeg). Besides stage management, Erin has worked in many other facets of theatre, including working as Production Assistant for FemFest 2014. Erin is thrilled to be working with Theatre Projects Manitoba on this important piece. 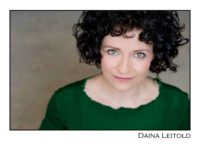 Recent Set and Costume Designs: Edward II, Cock and Bull (TBTR), Die! Shakespeare! Die! (Saucy Gals), The Cherry Orchard (TBTR / Little Echo Theatre), Unplugged and Recycle THIS (Green Kids Inc.), and Etoile (a KDSZ show). Daina is a proud founding member of The Talentless Lumps and has just joined the artistic ensemble at Theatre By The River. She would like to thank Grant and the rest of the TPM team for being awesome, and the Winnipeg Arts Council for helping to support this apprenticeship. 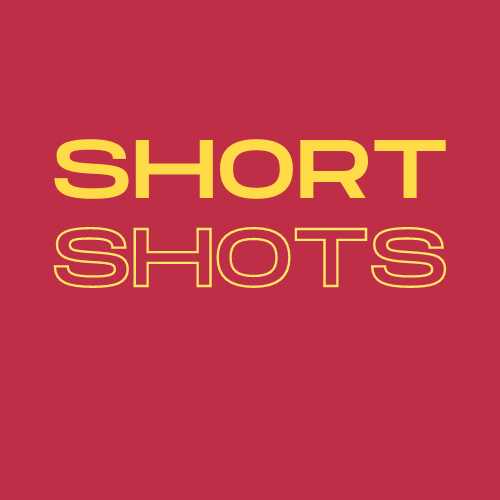 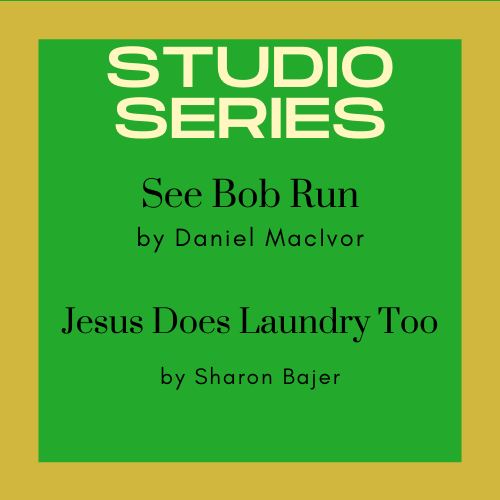 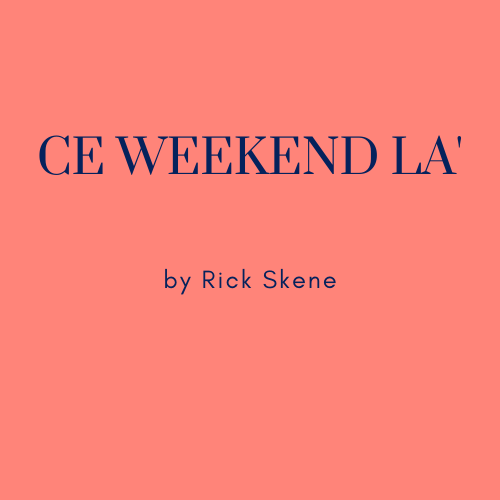