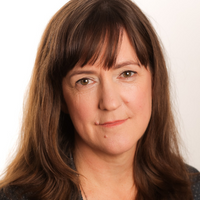 Other plays produced by Theatre Projects: The Eight Tiny Reindeer of the Apocalypse, and Tickle Trunk. Plays produced elsewhere: Sense and Sensibility (RMTC), The Brink (PTE), audio play Stories Houses Tell (PTE), Branta Canadensis (PTAM), Learning to Drive or the Year of Not Pretending, and many Fringe shows. Numerous short plays (Carl, Levitt and His Dad, Offside, The Finger), presented at the PTE Festival of New Works and published in anthologies. Audio play “Sorry!” was part of Boca del Lupo’s Red Phone Project.

Other work: As an actor, Ellen has appeared on almost all the stages in Winnipeg and in most of the school gyms in Manitoba. She was also, for a brief time, an improv comic in a bar. She’s a dramaturg, and has worked with many fine writers in Winnipeg and across the country. She teaches at MTYP and is very grateful to her students for the constant supply of energy and inspiration.

Thanks also to Ardith Boxall, my dear supportive friends and family, and especially to Rob, Carly and Griffin. 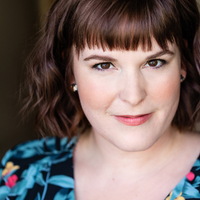 Born and raised on Treaty 1 territory, Alissa is a desired collaborator, artist, and educator. She was awarded the 2015 Reg Skene Award for Emerging Theatre Artist and the Brandon University Distinguished Young Alumni Award in 2020. She holds two degrees from Brandon University (B Mus/B Ed) and has studied theatre at The Guildhall School of Music and Drama in England, The Manitoulin Conservatory for Creation and Performance, as well as with many clown greats; John Turner and Michael Kennard (Mump & Smoot), Deanna Fleysher (Butt Kapinski), and Nathaniel Justiniano (Naked Empire Bouffon). She is a founding member of the clown duo, The Red Nose Diaries, and the all-female bouffon ensemble, The Talentless Lumps. In 2019, Alissa was commissioned to adapt Robert Munsch’s beloved story The Paper Bag Princess for Prairie Theatre Exchange’s holiday show and school tour. The Paper Bag Princess was produced by Geordie Theatre in 2021-2022 as part of their 2Play tour, touring Quebec, Ontario, and the Maritimes. Alissa spends her free time singing and playing the washboard with the sweet and cheeky, Fu Fu Chi Chi Choir. Much gratitude to TPM. What a gift it is to be sitting in a theatre together…”Be Comforted”, This is Really Happening!

Joyce is excited to be working with Theatre Projects Manitoba for the first time as the Set Designer. She is a graduate from the University of Winnipeg. Credits include Bastard (PTE, Set Designer), Be More Chill (Winnipeg Studio Theatre. Costume Designer) Tiny Plays, Big Ideas (RMTC, Apprentice Set Designer), Middletown (UofW, Set Designer) & A Midsummers Night Dream (UofW, Assistant Set Designer). She would like to thank her family & loved ones for always supporting her as well as the cast, staff & crew who helped make this show possible! 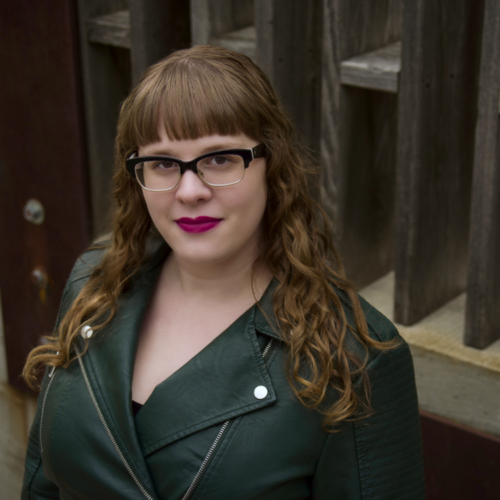 Ksenia is a set, costume, and lighting designer; arts educator; member of the Associated Designers of Canada; and Rick Hansen Foundation Accessibility Certification Professional. She loves creating designs incorporating movement, interaction, and transformation.
Ksenia has studied at University of Alberta, University of Winnipeg, the Pratt Institute, Ghost River Theatre, and the Banff Centre. She recently participated in Triga Creative’s Eco-Design Charrette, designing for the 2021 Climate Change Theatre Action plays and exhibiting these concepts and exploring eco-scenography at World Stage Design. Closer to home, you may have seen her work recently in Winnipeg at PTE (Katharsis, Outside Joke), MTYP (The Velveteen Rabbit), SIR (Much Ado), TCM (L’Article 23), WJT (Becoming Dr Ruth) or Rainbow Stage. Ksenia also treasures her teaching experiences in Manitoba and Alberta, and spends her days as the Education and Enrichment Manager at Royal MTC. 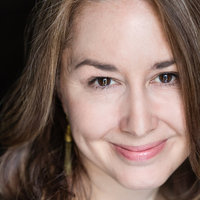 Brenda is a professional theatre designer, creator, and director working on Treaty 1 Territory in Winnipeg. She is thrilled to be creating costumes for this wonderful new play by Ellen and working with TPM and Alissa as a designer.  Recent theatre credits are Bad Parent– Costume Design with PTE, vAct, and Soulpepper; Bike and Circuses– Co-Creator and Co-Designer with Green Kids Inc; Love and Information– Co-Director and Videographer with Company Link. Brenda received an Evie Award for Outstanding Set and Costume Design on Deserter with Moving Target Theatre. Upcoming, she is the Set and Costume Designer on Sick and Twisted Theatre and AA Battery production of Antigone. Always a thank you to Eric and Anaïs for being there for me. And thank you to Claire for building beautiful costumes with me for all these years! 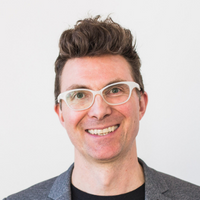 Emma is a sound and installation artist, sound designer, composer and cultural worker. Through sound Emma builds visceral, expressive environments that explore the narratives of individual experience by revealing and exploring the emotional qualities of sounds through field recordings, found sounds, and digital artifacts. Emma creates installations and performances as Manufacturing Entertainment with Julie Gendron, and composes for theatre, dance, video, film and new media installations and performances. 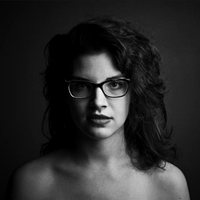 Carol-Ann Bohrn has been performing, choreographing and teaching dance in Winnipeg since 2011. Career highlights include four seasons with Gearshifting Performance Works, The Threepenny Opera with Sick and Twisted Theatre, guest appearances with Outside Joke, and in Prairie Theatre Exchange’s By Grand Central Station, for which she was jointly nominated for an Evie Award for choreography. She is currently entering her fourth season at Winnipeg’s Contemporary Dancers. She has sought mentorship at Mentoring Artists for Women’s Art, aceartinc’s Cartae School, and studied Pochinko Clown with John Turner. 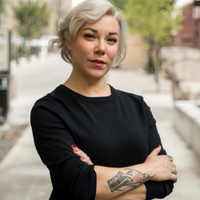 Lisa is grateful to be working on this show with all these generous artists. She has worked in theatre for over 25 years, having worn nearly all the hats at one time or another; including actor, stage manager, and most recently as the General Manager of Shakespeare in the Ruins (SIR). Lisa recently left her job at SIR to pursue a career in film. Though she swore off stage managing years ago, Lisa’s friend Alissa persuaded her to come out of retirement for this show. The world reveals itself in mysterious ways, and coming Home toTheatre is exactly where she needs to be right now. 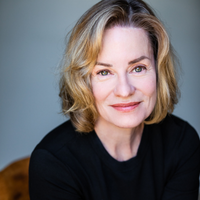 Monique is absolutely thrilled to be returning to the stage in Theatre Projects Manitoba’s production of None of This is Happening. A powerful and incredibly relevant play that has been a privilege to work on with this cast and crew. Some of her other theatre credits include: Liars, Manitoba Theatre for Young People; Sight Unseen, Winnipeg Jewish Theatre; Encore, Theatre Projects Manitoba, and All Fall Down, Prairie Theatre Exchange. 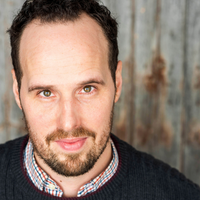 Simon Miron is a two spirited, francophone Métis, multi-disciplinary artist, from Treaty One Territory. They have been blessed to have been surrounded by a vibrant and diverse community of artists over the last 20 years whom they love, truly. Loves poetry and song writing, playing board games and spending time with loved ones. They are interested in making weird things that encourage growth and challenge the boundaries of their own theatre practices.

Simon is a founder of the Village Conservatory for Music Theatre (ViC), a local performing arts education program. www.villageconservatory.com Thanks to everyone who helped out with the kids while I worked on this wonderful project! 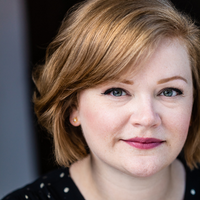 Jane is a greedy little performer who wants to do it all.
A veteran improviser, performing for almost 20 years with the musical improv troupe Outside Joke, Jane is also a member of the Canadian Comedy Award nominated sketch troupe, Hot Thespian Action.

She is a loyal member of the Fu Fu Chi Chi Choir, who released their first EP and have performed at multiple music festivals. Theatre-wise she has appeared in productions with Prairie Theatre Exchange (Little Munsch on the Prairie, Munschbusters) , in French with Cercle Molière (Que Faire d’Albert?), in Noël Coward’s Private Lives (RMTC), and in The Winter’s Tale with Shakespeare in the Ruins.

Jane has written sketch comedy for CBC Radio and was also known as a modern etiquette expert with her radio column “Miss Conduct”.
She is currently the host of the CBC Comedy Factory Podcast, and co-created a radio special about body acceptance called “The Bod Pod”. 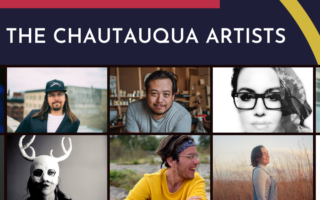 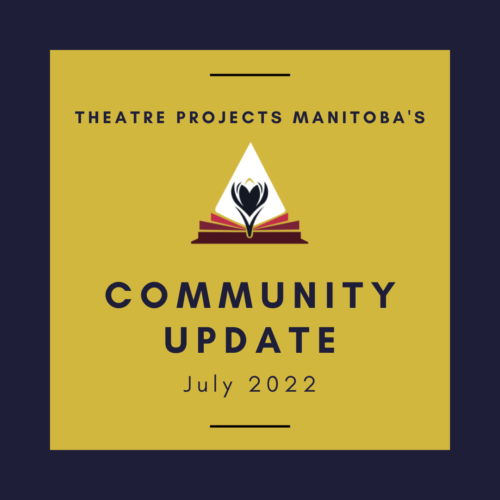