Last week, one of our young and talented student reps, Thomas Toles from the University of Manitoba, talked to John & Beatrice Director & TPM’s Artistic Director, Ardith Boxall about her experience directing a Fréchette piece, directing a work in translation, and what it’s like to be under a pile of rocks.

Thomas Toles: What opportunities and challenges does Fréchette offer?

Ardith Boxall:  I’ve not encountered her work on the page as play text before, and I’ve never seen her work performed, and I’ve never directed it, and I’ve never acted in it! So it is a huge discovery. This play exists on an almost mythological, fairy tale plane that the challenges are about moving out of the world of naturalism or realism. Sometimes we forget how buried underneath the giant boulders of the well-made play we are. I feel like I’m digging myself out from under a pile of rocks.

TT: How does it feel to direct a play in translation?

AB: This play is the only translation I’ve directed, but I think John Murrell’s translation is spot on. While I don’t speak French, the muscularity and purity to the rhythm of the exchanges between the two characters is so clear and precise in English; the text is confident. It is smooth and precise like a musical composition.

TT: Do you feel closer to the French language at all by handling a text that’s been translated from French to English?

AB: No, but it could be partly due to the play itself. Being more like a fable or allegory, this piece has its own language. It’s more about the archetype than the language itself. The world of the play is a fairy tale. It is a pastiche of allegorical symbols that are used as tools to create a love story. This language is larger than French or English. I feel, acutely however, how unfamiliar I am with French Canadian theatre, where it lives and the style of it. It’s wonderful to explore my theatre practice in unfamiliar territory, but challenging to explore theatre in a language you don’t speak. One has to use the language of the art form as translator. And also, put learning French on one’s priority list! I’m on it……as soon as we get this play open!

TT: John & Beatrice takes place entirely in one unbroken scene. How does the sense of time interact with the characters in the play and also with the audience?

AB: At the end of our first stumble through last week, Kevin [Klassen] said, something like “I’ve never encountered a piece with so many distinctive units of pace, tone and rhythm.” Each section of the play has it’s own demands. There’s an accumulative effect to that. The play happens in real time, but the characters have a whole lifetime of relationship together. After around 45 minutes, they’re already ready to call the divorce lawyer. The accumulation of those different rhythms and how time is condensed and left over and dragged behind and smacked on the side of the head is, I hope, very moving. The characters themselves go through this journey in an unbroken scene and the effect on them is absolutely what is affecting to us.

Literally, the debris and detritus of everything they’ve gone through in those 75 minutes is in the room. The play is a great challenge and I know it’s demanding for the actors too because it is wonderfully strenuous. It’s exhausting to give anyone your attention for 75 minutes, let alone someone you don’t want to be locked in a room with. 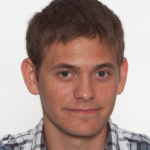 I’ve been obsessed with the art of performance ever since I, at the impressionable age of six, watched Jim Carrey tear out a chef’s heart in Dumb and Dumber. Since then, I have managed to appear in such productions as Departures and Arrivals (2009), A Dream Play (2011), Mary Rose (2011), A Marriage Proposal (2011), Hey Shorty: Vol. 2 (2011), and The House of Blue Leaves (2012). I have also co-directed two productions: The Bald Soprano (2010) and Orphans (2012). I do not exaggerate when I say that I have received high accolades from my mother and father alike. I am in the final year of my undergraduate degree at the University of Manitoba and recently finished my term as the stony-hearted president of the Black Hole Theatre Company.  I’m truly excited and honoured to be working with Theatre Projects Manitoba for this upcoming season. 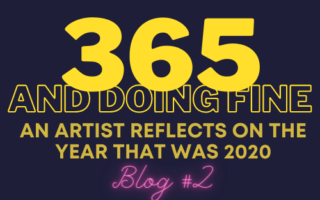 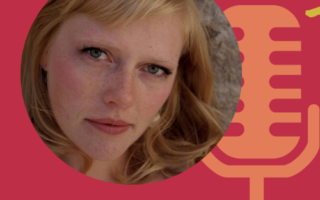 Special Guest Playwright Erin Shields at our Next Salon