Playwright Steven Ratzlaff has adapted his short play Last Man in Puntarenas to video. Steven and dramaturg Bill Kerr sit down for a digital exchange to talk about adaptation, art, collaboration, and Nietzsche…

The Case of Juanita Sanchez is based on your short play The Last Man in Puntarenas produced by TPM in 2010 for In the Chamber–a series showcasing writer/performers. What was the inspiration for the story then and why have you adapted it for digital viewing now?

At the time my wife, Catheryn Martens, was training people in investigating critical incidents in hospitals. I tagged along a few times when she traveled and became interested in the approach she was teaching: Human Factors Analysis. This approach was first developed through looking at aircraft malfunctions and has wide application.  When Gord Tanner and I were commissioned to do one act plays for In the Chamber, we thought it would be good to use the same starting point. Gord has an engineering background, so I suggested investigating critical incidents. He ended up writing about pig barn fires. (An enduring theatrical image for me is Gord in a farrowing crate.) I wrote about the death of a child in the pediatric cardiac surgery program at Health Sciences Centre in 1994. Because of significant problems that year, the program became the subject of a major inquest, so the details of the 12 deaths that occurred then are in the public record. Hugo, the fictitious character in my play, had a child whose death was examined by the inquest.  Hugo was preoccupied with how experiencing life as risk assessment affected a person’s (his ex-wife’s) ability to suffer.

It was easy to imagine what Hugo would think of our present situation.  It was also easy to do a bare bones film adaptation.

Aside from focusing on the image of Gord Tanner in a farrowing crate (or rather trying not to focus on that image), I am struck by what you say about Human Factors Analysis, risk assessment and the ability to suffer. Could you expand on your yoking of these seemingly very disparate ideas, or at least on what led you to yoke them together, and, perhaps say more about Hugo’s thoughts about such ideas in the present time and situation.

In the original play Hugo had a place in Costa Rica, not far from our Premier’s place. He wanted to be thrust through the sky at tremendous speed, yet in complete safety. For such violent propulsion to become banal and commonplace, requires huge expenditures in resources, human and natural, intricately designed safety procedures, and an integrated global system that people mistake for normal life. Ditto for health care, food and power distribution and so on.

Hugo is shaken out of his coddled existence when Nietzsche appears to him in a vision (Gord Tanner sounding like Colonel Klink). Look at you, you last man, Despicable because unable to despise yourself. You dislike chaos. You make the world small. You have left the places where life is hard. You proceed carefully and live long.  You take a little poison for sweet dreams and then finally a lot for an agreeable end. You still quarrel, but not too much for fear of causing indigestion. You have a high regard for health and happiness.

Anyway, I feel more under Nietzsche’s judgment now than I did a decade ago when I wrote the play, but I care about it less. That’s called getting old and lazy.  But this pandemic has shown how completely we are part of a global system that is supposedly able to manage risk, how vulnerable it is, and how afraid we are.  So I thought it was a good time to revisit this play. As for suffering, we put down the family dog when he is incapacitated, but not the family member.  Why? Well, it doesn’t seem right to do so, even if we have consent.  We sit beside our loved one as she suffers, because we feel there is something being done by her. Maybe.

By the way, there is no Nietzsche in the film.  Readers of this shouldn’t be alarmed.

What? No Nietzsche? I hardly know how to react. Would you speak more about the move to film here.  What did working in this medium offer you? How did it hinder you? Speak to as well, if you would, about your long and fruitful collaboration with Sarah Constible and the move of that collaboration to this filming.

It has been a long collaboration dating back to when Sarah was a teenager. It was your colleague, Margaret Groome, who brought us together. Sarah was a last-minute emergency addition to the cast of a play I was in at The Black Hole. The play was lifted up and saved by her in one rehearsal. At the end of the production I told Sarah that I wanted to work with her at any opportunity.  And that is what has happened. I was old enough to know that her large talent combined with her humour, grace and provocation in collaboration, is rare. So, working in this medium at this time offered me another chance to work with Sarah. (She directed the original play.)

I didn’t feel the medium hindered me because it was something I wanted to try, and some aspects of it felt like a relief. A theatre company has to put my play in their season (assuming they have one) for it to be produced. (I’m too old and lazy to consider independent production.) For this project, after a Zoom session and some emails, Sarah shows up with equipment that fits into the back of a car, and we can shoot for a few hours. She then does her editing thing and it’s ready to share with the public. I’ve written some unproduced plays, but I don’t know if I would continue to write without any prospect of sharing. So I think this experience is going to affect how I write in the future. I can imagine doing this kind of thing again. Obviously, to share the work, it’s critical to have a platform that has followers interested in this kind of thing. This is why TPM is so vital.

Bill, I’d like to ask you a question or two.  They tell me that art, like religion, can flourish under suppression. Well, it looks like theatre is going to be suppressed for some time. I guess we’ll find out. But do you have any thoughts on this period of time that we have entered, particularly about political theatre?

It does look a very difficult time for theatre of any kind, let alone political theatre which can be difficult to do well at the best of times. The irony, of course, is that there will be, at the same time, a more pressing need for it. We have to find some means to articulate a way forward that will not push beyond, will not exhaust all extremes, all resources. Theatre from its Greek origins has been about finding, exploring, and extolling a communal means of living. That need is more urgent than ever.

As my faithful dramaturg and friend, more than anyone, you have seen me trying to write. I sometimes feel like a boy pushing his toy soldiers into a battle that he is unable or unwilling to join.

But that doesn’t seem right. Does it? 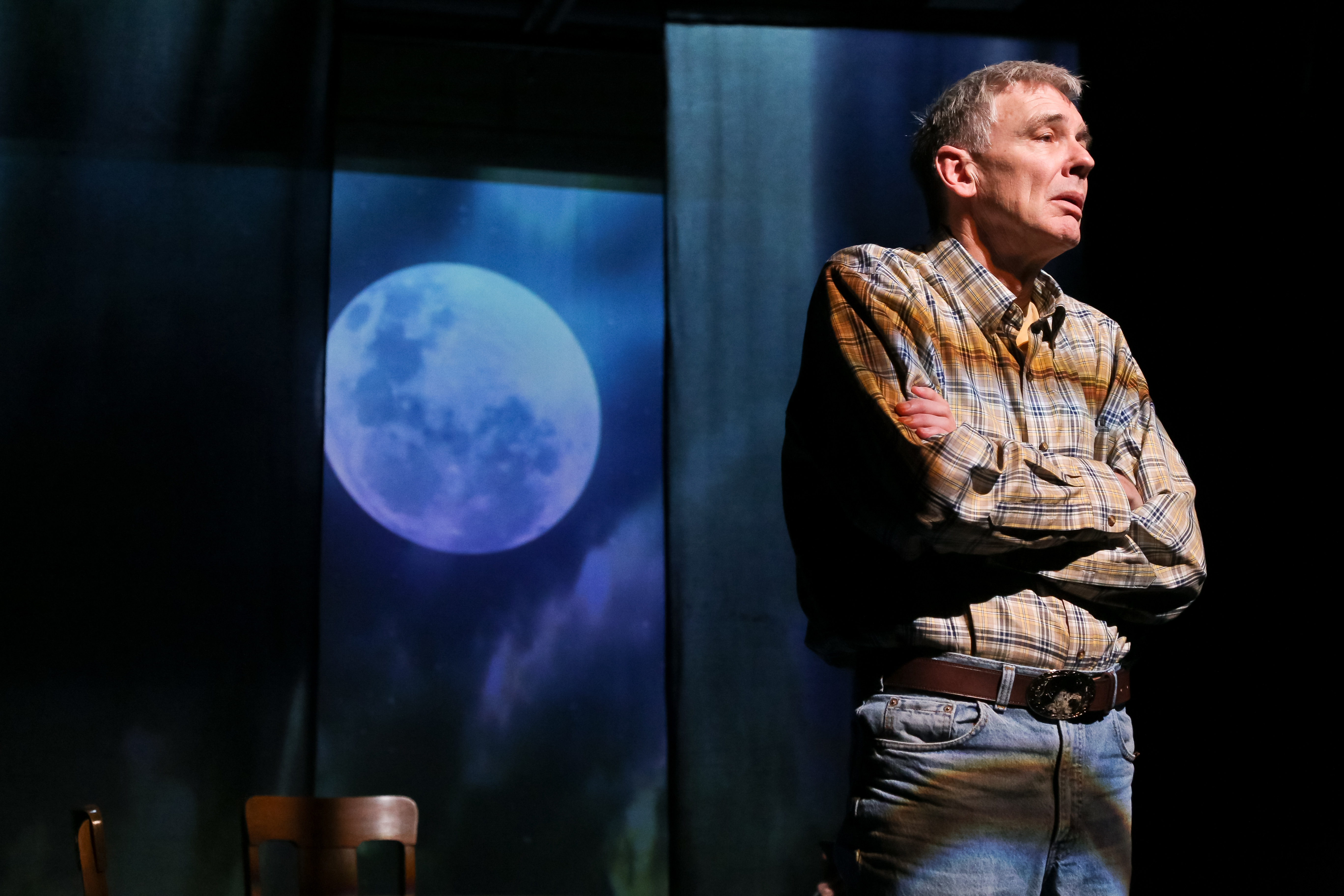 That doesn’t seem right, no. Nor does it seem accurate. What I have seen, what I have been excited to work with you on, is your insistent challenging of accepted norms. Your ideas, your plays are rightly dangerous, taking risks that put you on the edge of the accepted coming from either side of the political and social spectrum. It is at those points that you can, as the Greeks did, find, explore, and challenge what it is to live in a healthy polis. Having said that, the male characters in the plays do seem to be moving ever closer to, I’m not quite sure how to say it, ultimate ineffectiveness, perhaps, or at least a sort of willing obtuseness at times, a pushing of the envelope beyond accepted norms. Does that make any sense?

Yes, it does. Almost everything you say makes sense, one of the reasons you’re a delight to work with. I’m not sure why my characters are like that because it comes unbidden, that’s for sure. If anything, I have to rein in the impulse to make my male characters disagreeable. Any psychologically astute person could surmise what in my early life accounts for that. I can’t or don’t.  Something like that could only come from the unconscious, and I have no trouble avoiding investigation because I assume the unconscious doesn’t exist.

The only theatrical reason I can imagine, would be to distance the audience from the character, as if say, “Go ahead. Dismiss me. You’ve got your excuse.  I’m a jerk.”  That being said, I just want to say that Hugo is more of a jerk than I am.  He’s also more courageous.

Also, thank you for answering my self-deprecating question with the assuring praise I was so hoping to elicit.

The Case of Juanita Sanchez will stream on Facebook June 4th at 7:00pm.

It will be available for viewing on Vimeo starting Friday June 5th.

Shot and Edited by Sarah Constible

Steven Ratzlaff is a Winnipeg actor, playwright and house painter. Theatre Projects Manitoba has produced three of his plays; Last Man in Puntarenas, Dionysus in Stony Mountain and Reservations. He is currently, rather belatedly, going through that necessary rite of passage for any truly Canadian playwright, writing a play set in a small town.

Bill Kerr is an Associate Professor in the Department of English, Theatre, Film and Media at the University of Manitoba. He has been working as a dramaturg and teaching dramaturgy in Winnipeg for the past twenty years which has included a long collaboration with Steven Ratzlaff, on such plays as Dionysus in Stony Mountain and Reservations for Theatre Projects, and on Banderas Bay, Gatley, and the much missed Mobile Vasectomy Unit. 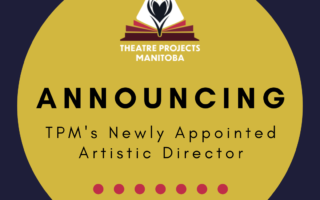 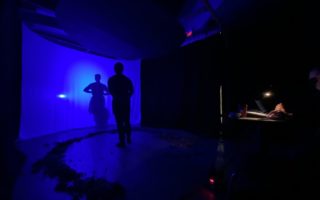 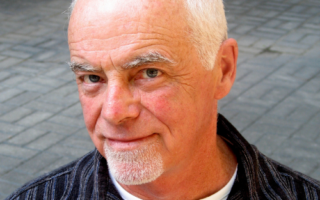 An interview with Bruce McManus