I went straight from the highs and lows of Goodnight Desdemona (Good Morning Juliet) to the set of Edgar, a Crave Super Écran series about “a formidable investigator, with an extraordinary sense of observation. With his unconventional methods, sharp instincts and unique logic, he will succeed in proving the guilt of the suspects every time!” Spoiler alert: his name is Edgar.

This is a story I tell my friends.

My character was a new rap star who (likes drugs…) finds herself in the middle of her friend’s murder. My audition was at 9am sharp on a Friday morning. Being typical Joanne (aka not a “homework” kind of actress), I decided to wait until Thursday night to read through the email and double check that I didn’t receive anything to memorize. But what do you know – attached right at the bottom of the email was 4 pages of a script that I’ve had for a week. Whoops. To solve this conundrum I did what anyone would do; I freaked out, read the email over and over again to make sure I wasn’t missing anything else, and then memorized the crap out of those sides so I was ready for my audition.

I walked in that morning feeling surprisingly confident. I was asked if the sides went well. “Yes, I got them right away!” (Ah, the perks of lying for a living.)

“That’s great! How was learning the rap?”

NO. YOU CERTAINLY DID NOT.

Right about now, I’m thinking a bad word. That starts with the letter F. What proceeded was my worst nightmare: being handed a piece of paper with English AND FRENCH WORDS that were divided into lines and told to “just freestyle it”. And I did. 8 times.

I’m begging you, internet. Please don’t drum up these videos. They’re bad. So bad that they had to write me a new rap because I couldn’t do the one from the audition. (But apparently not so bad that I didn’t get the role… I’m wondering if I was the only one that showed up for it, though.) Seriously, I have to give so much thanks to the entire Edgar team for making me look my best while speaking my third language and rapping. (Also for giving me unlimited breakfast options. You want to hear a diva problem: I texted my friend Chantal asking if the pancakes with maple syrup, sausages, a fruit cup and orange juice was asking for too much or too little, and then after freaking out that I was being unreasonable for ordering breakfast, I made her translate my order into French.)

An interesting observation I took with me as I walked onto the Edgar set in February of 2020 was that I had been on Casting Workbook, a casting resource for all the English productions in Canada, for over a year. While I’d been on audition after audition, I didn’t book any roles. But on my very first audition for French media I managed to land a Crave series. The audition process was also vastly different. In English media I was reading for bit parts, aka the “ethnic roles” where I’d have one line as a nurse, or a server, or something similar. In the audition for Edgar, they wanted to see me read for a small guest role – one that placed me in a more powerful position than the typical one-liner, if that, that I was usually offered to read for. Was there something going on here?

Can you name any famous Asian actors, other than Lucy Liu and the cast of Crazy Rich Asians? English mainstream media isn’t a landscape I have a good probability of succeeding in, just by the odds of being Asian alone. And I was frustrated in noticing that talent didn’t seem to have a big hand in it: movies and TV are all about how you look, and I don’t have what they’re looking for. (Read: the ability to be tall, lean and Caucasian.)

I ended my two-day stint on Edgar with a few things: a bloated paycheck, the memory of my first ever trailer, and fuel added to the fire. The Edgar set was a unique experience because we didn’t have time to slog over getting the perfect take, so everyone needed to be at their best at all times. We had to make quick decisions. A new, less backbreaking way to film was demonstrated for me. I was so excited to keep auditioning for French television and landing more roles, all while being aware that the English landscape wasn’t working for me for reasons beyond my control (this is speculation, but also not). I was also excited to keep exploring my Franco-Manitoban side at the National Theatre School in March.

Can anyone guess how that went? The school shut down two days before I was supposed to be there. And now getting to what I promised Ardith and TPM: how I navigated through an industry built around people gathering, during a ducking pandemic. (And I don’t mean duck.) 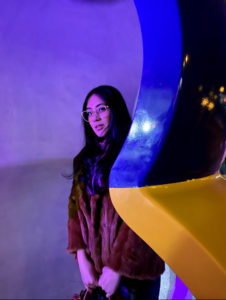 Learn More from Joanne in this CBC article ” Is Beauty Skin Deep? Filipina-Canadian Filmmaker explores skin shadeism within her culture” 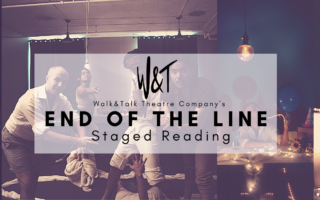