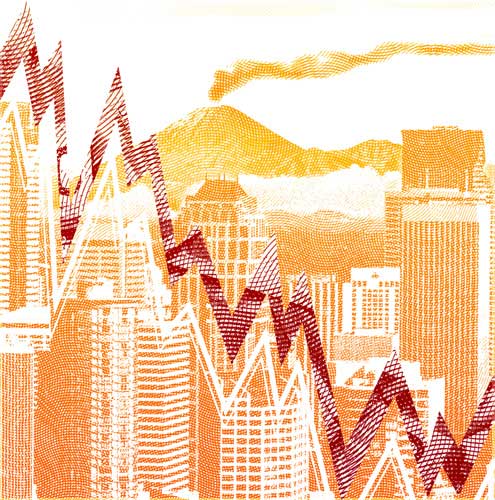 “You know what money is? Money is perfect”

A money-hungry real estate agent, an Estonian prostitute determined to make a life in Canada, and a devout Christian bitter after being evicted from her condo. Set against the backdrop of the banking crisis, these three characters collide as a chance meeting takes an unexpected turn. A snapshot in time of the effects of capitalism; how we all benefit from it, how we are all part of the system, and how we can all be greatly hurt by its effects. Iceland uses wit and dark humour to tackle the consequences of greed and our yearning to belong to something larger than ourselves.

Iceland is part of the 2013 Governor General award-winning trilogy Fault Lines, a series of monologue plays named after islands (Greenland, Faroe Islands). Toronto-based playwright, Nicolas Billon, has been produced at the Stratford Shakespeare Festival, Soulpepper Theatre, Canadian Stage, and Théâtre d’Aujourd’hui. He is best known for The Elephant Song, Greenland, and Iceland. Voted one of the Top 10 Theatre Artists of 2009 by Toronto’s NOW Magazine, Nicolas’ play The Butcher (Le Boucher) is being produced this season in Winnipeg by Cercle Molière and Prairie Theatre Exchange.

On Iceland, Billon says, “The collapse of Iceland’s three major banks (Landsbanki, Kaupthing, and Glitnir), considered one of the catalysts that precipitated the credit crisis, became the starting point for the play. I drafted a series of interconnected monologues that examine the different facets of the financial crisis. My approach in ICELAND is to humanize the financial crash, with the idea to avoid didacticism and any overly political ‘message’.”

“A beautifully structured and extremely powerful play that haunts the mind. Billon is an original and exciting voice.” – Atom Egoyan 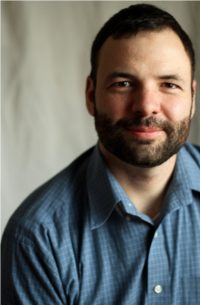 Nicolas Billon’s work has been produced in Toronto, Stratford, New York, and Paris. His first play, The Elephant Song, enjoyed a world premier at the Stratford Theatre Festival’s Studio Theatre in 2004. Since then, Billon has written and adapted a number of other successful plays, including The Butcher, Rifles, Safeword, and Iphigenia at Aulis. Billon has gone on to receive the 2013 Governor-General’s Award for Drama for the triptych Fault Lines, which includes the plays Faroe Islands, Greenland and Iceland. His two short films The Exit and A Kindness have been followed up by a screen adaptation of The Elephant Song, a feature film starring Bruce Greenwood, Xavier Dolan, Carrie-Anne Moss, and Catherine Keener, for which Billon won the 2015 Canadian Screen Award for Best Adapted Screenplay. Nicolas lives in Toronto with his wife Aislinn Rose and plays softball, hockey, and Settlers of Catan with equal fervour. 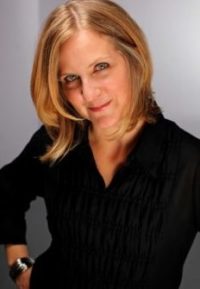 A graduate of the University of Winnipeg, Ardith has performed with Prairie Theatre Exchange, Manitoba Theatre for Young People, Theatre Projects Manitoba, Adhere and Deny, and the Manitoba Theatre Centre.

Ardith won a Blizzard Award in 2004 for her performance in Jeffrey Erbach’s feature film, The Nature of Nicholas. She has appeared in Canadian films such as The Stone Angel and Milgaard. In 2009, Ardith was nominated by her peers for the Making A Mark Award which applauds established artists who are receiving critical recognition for excellence in their art practice in Winnipeg and beyond.

In 2005, Ardith took the reins as Artistic Director of Theatre Projects Manitoba where her directing credits include Proud, John and Beatrice, North Main Gothic, Age of Arousal, God’s Country: Tales of Doom from the North End, and The Monster Trilogy. 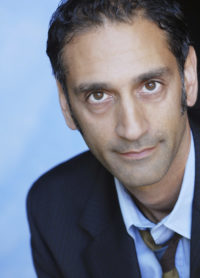 Omar is a first generation Canadian, born to an American mother and Pakistani father. A born and bred ‘Pegger, he is back in Winnipeg after a couple of years in “The Centre of the Universe”, during which time he realized that Winnipeg is where it’s at. Some of his treasured theatre credits include Glengarry Glen Ross and The Seafarer (RMTC), Moonlight and Magnolias (PTE), Three Sisters (zone41/TPM), The Kite Runner (Theatre Calgary/Citadel), and Pygmalion (Montgomery/Watermark). Omar’s Toronto stage debut was in The Wanderers (Cahoots), written by and starring Kawa Ada, who ironically played the role of Halim in the world premiere of Iceland in Toronto in 2014. Other Toronto work includes Titus Andronicus and As You Like It (Canadian Stage). Omar has a long list of film and television credits including Less Than Kind, Todd and the Book of Pure Evil, Killjoys, The Strain, and Remedy. omaralexkhan.com 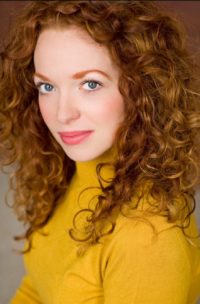 Laura travelled to Iceland in 2009, the year after the economic collapse had begun and so working on this play is wonderfully gratifying.  She wishes to thank TPM for this, her debut performance with the company.  Laura is a Winnipeg based actor and singer.  She trained at Grant McEwan University in Edmonton, AB.  Look for her in “The Things We do for Love” at the Tom Hendry Warehouse in February. 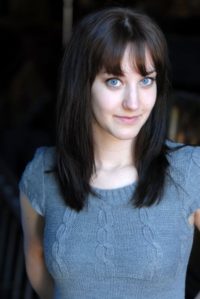 Heather is a graduate of the Honours Acting program at the University of Winnipeg and a founding member of both Sweet and Salty Collective and The Talentless Lumps. Favourite credits include: Armstrong’s War (RMTC), Night Light; Dying to Be Thin (MTYP), Expressions Vives (CM), The Crackwalker (Sweet and Salty Collective), Magical Mystery Munsch (PTE), Top Dog (Sarasvati/Winnipeg Fringe), The War and Peace Show (Winnipeg Fringe). Love to Cam! 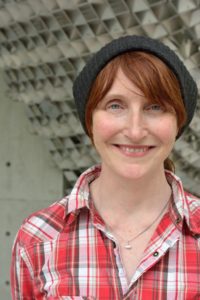 Linda Beech has lived and worked across Canada as a visual artist and theatre professional for over twenty years. Starting with a degree in theatre from Dalhousie University she went on to intern at the Banff Centre for the Arts and later graduated from the Ontario College of Art and Design. She has been awarded grants from the Canada Council for the Arts, the British Columbia Arts Council and the Winnipeg Arts Council among others.

Career highlights include being a roadie for Sarah McLachlan’s Lilith Fair Tour, building a giant crow (and getting him across the U.S. border) and teaching theatre arts at Argyle Alternative High School through the Manitoba Arts Council’s Arts Smarts program. She believes spring is best on the west coast, autumn is best on the east coast, winter is best on the prairies and summer is best wherever there is a large body of water and a good book. Many thanks to Theatre Projects Manitoba and much love to R and R and K. 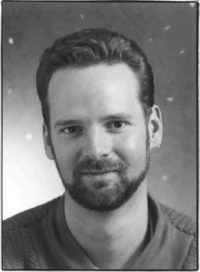 Scott is excited to be back with Theatre Projects for Iceland. Previously Scott designed The Miser for TPM and Zone 41. Most recently, Scott designed The Man Who Killed Liberty Valance for RMTC.  A Winnipeg-based Lighting Designer, Scott has designed Opera, Dance and Theatre for theatres across Canada.

Scott is a member of the Associated Designers of Canada.

Special thanks to Karen, Sean and Alex for their love and support. 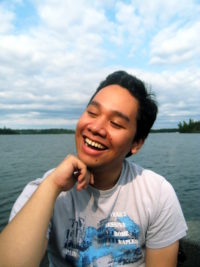 Joseph is delighted and grateful to be working with Theatre Projects Manitoba for the first time. He is a recent graduate of the University of Winnipeg’s Theatre Honours program with a focus in Design and Production. Recent design highlights at the University of Winnipeg include The Cassilis Engagement, Semi-Monde, The Laramie Project, The Power of Yes, Sainte-Carmen of the Main, and Seven Doors. He is also a scenic artist who has worked with KOBA entertainment and Little Opera Company. He is looking forward to his apprenticeship with Royal Manitoba Theatre Centre this coming winter. 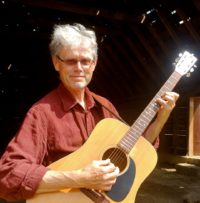 Guitarist Greg Lowe composes and performs in many diverse settings. He has recorded seven CDs of his own as well as recent releases by the Ministers of Cool 2011 and Woody Holler and his Orchestra 2014. He has composed and performed music for over thirty theatre productions, over twenty radio dramas and musicals, and has had several orchestra pieces performed by the Winnipeg Symphony Orchestra and broadcast by the CBC. He performs often at the Fort Garry hotel with the Mini Ministers and with Woody Holler. On December 11 2015 at the Park Theatre Jack Semple and Greg Lowe will be releasing a new recording of guitar duo music composed with the Support of the Canada Council for the Arts.  Please visit GREGLOWE.COM 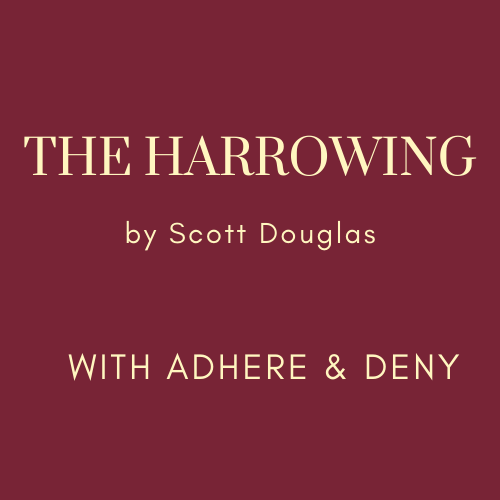 The Harrowing (with Adhere and Deny) by Scott Douglas 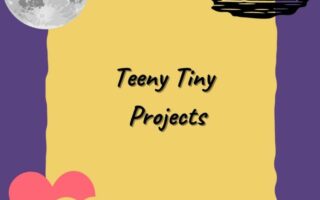