Daniel Jordan, local folk troubadour, is one of our commissioned artists beginning his  Interlake project. Andraea Sartison caught up with Daniel to learn more about his project, process and his response to the pandemic. Read on!

You are currently investigating stories of the Western side of the Interlake from Peguis to Selkirk and along the shores of Lake Winnipeg. What drew you to this region?

Three things (mainly)!  A couple years ago I made a (somewhat ill-advisedly) journey from Gimli to Grindstone in my open 16-ft sailing dinghy. I was absolutely enchanted by the lake and the next year bought a far more lake Winnipeg appropriate sized C&C 26 ft Sailboat with my partner.  We have spent many a happy day exploring the shores of the lake ever since.

I also have to credit being a part of the Chautauqua project last time, as a real eye opener as to the fascinating, beautiful and complicated history of the region, as well as the wonderful people therein.

Finally, my ancestors have farmed near Selkirk for three generations now, and the familial connection there is one I would like to explore deeper.

How did you originally envision your project in this phase, how has it changed?

Originally I saw my project as comprising two parts. One was exploring the connection between the unlawful land seizure of the St. Peter’s Reserve of 1907 and my own settler ancestors who later farmed that land. I want to learn more about this shameful part of Canadian history as part of my commitment to the TRC process. I also wanted to gather some of the amazing, tragic and epic adventure stories from people who have lived and worked on the lake for centuries, and turn this into a collection of “inland-sea chanties”.  I guess what has changed is nothing… and everything! COVID-19 will obviously make the interviewing process more difficult, but with technology and some great resources I’ve all-ready uncovered, I see  the project as full steam ahead.

Tell us about your research. What have you been doing? What has surprised and inspired you the most so far?

I’ve been reading lots, and I have to say Andy Blicq (Gimli) has been an absolute godsend. He is a documentary filmmaker and lives and documents the Interlake with an amazing skill and passion. He’s shared some incredible material with me, including his documentary on the sinking of the Suzanne E on Lake Winnipeg in 1965 and some fascinating material on the small pox epidemic, in which Gimli was quarantined during 1867! One hilarious anecdote recalls a couple who wanted to get married during the quarantine, and as the minister wasn’t allowed into the quarantine zone, the couple stood on the opposite side of the creek and shouted their vows across! Needless to say, between the timing of this pandemic and the romantic hilarity of that visual, I will be finding a song in there.

How has COVID-19 and social distancing changed your work as a musician in general?

I’ve been alternating between extremes (as I imagine most people are) of highs and lows around all this. Some days I am glad for the time to slow down and create, others I am crippled by anxiety and concern for the future.  Somewhere in between though, I’ve been able to stay fairly productive! I think I’ve written almost 10 new songs since March, and I’m not sure I would have found the time for that otherwise.  Of course the flip side is that many of the exciting musical events I was looking forward to this year are all cancelled for the foreseeable future.  I’m particularly bummed about the cancellation of the Winnipeg Folk Festival 2020 in which I was to be hosting a special ‘Manitoba 150″ workshop with a killer band and all-star cast of musicians.  Still, I am grateful to live in this country and count my many blessings on the daily.

If you can imagine the lasting effect of this isolating time on your work for good or bad, what is it?

Hmm. Well to the above, certainly creatively there is a lot of good that has come of this for me personally.  As for the bad, it’s hard to imagine how large groups of people (aka the biggest part of my career) will ever be allowed again without a vaccine, and that doesn’t seem likely for at least another year.  Because of the enormous amount of privilege I enjoy as a white, educated, male Canadian, I know that I personally will be fine and survive this one way or another, I really worry though about how many musicians and artists will not weather this storm and that saddens me.

I think things like the 1867 pandemic suddenly seeming so much more interesting, and exploring the threads between that and this experience, as well unexpected time to consider the constant that things like the lakes are and have been in people’s lives for so long will actually have an unforeseen effect of  deeper and more meaningful reflection and insights as I embark on this project.

Here are three new videos I made as my alter ego jonny moonbeam in April, all three filmed on another, much smaller, lake I was very lucky to be able to stay at for the first month of COVID isolation. 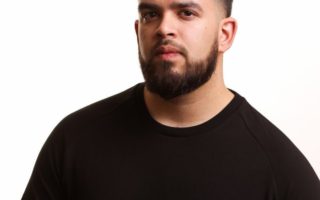