A collective creation from ONE TRUNK THEATRE

A long stretch of country roads bend past diners, motels, homesteads and driveways of characters who each have a story deserving of a song.

Inspired by the music of singer-songwriter Scott Nolan, OTT presents its newest theatrical experiment. I Dream of Diesel integrates video, photography, live theatre, puppetry and shadow play as it follows the life of Sylvia, a waitress whose new marriage lands her on a beaten down family farm.

I Dream of Diesel was created as part of One Trunk’s residency with Theatre Projects Manitoba and performed in progress at various 2013/14 Salons and the Carol Shields Festival of New Works.

A Prairie Love story of a girl and the land. 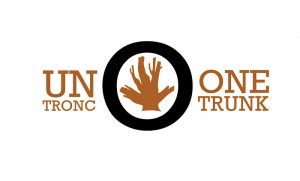 “Funny how the land keeps changing. It’s like I could stand out there my whole life and never see the same thing twice.” 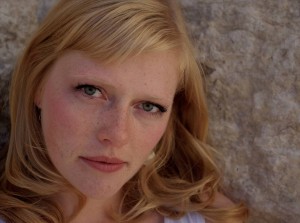 Andraea Sartison is a theatre artist and producer based in Winnipeg with a specific interested in new work. She is the founding Artistic Producer of One Trunk Theatre whose mandate is to create and facilitate new theatrical work that is interdisciplinary and created collaboratively. With One Trunk she has produced, directed and co-created seven festivals and/or productions including the One Trunk Festival of New, Hybrid Performance ’13, Hamlet as Told on the Streets (Winnipeg, Saskatoon Fringe ’13, WJT’s Tribefest ’12) Just One Spark (Bailey Theatre ’12, Winnipeg Fringe ’09), and The Big Gravel Sifter (MTC’s Strindberg Fest ’11). This year she is honoured to be recognized by her peers as one of Winnipeg’s Group of Seven Emerging Artists. The season includes development of a new play in collaboration with Shakespeare in the Ruins, and Assistant Directing both Rick Miller’s 20 000 Leagues Under the Sea opening at the Pan Am Games in July 2015, and the world premiere of Ghost River Theatre’s The Last Voyage of Donald Crowhurst opening at Alberta Theatre Projects in February. When not working in theatre Andraea is the Producer of events like The Prairie Barge Festival at The Forks, Bike Week and University of Winnipeg’s ArtsFest.

Claire has been pursuing her love of all things creative for many years.  When she is not immersed in artistic pursuits, she works in a mentorship program with teenagers at Pathways to Education – an educational program in the North End of the city.  Her students keep her inspired and on her toes!  Theatre credits include: God in Broken Wings (Theatre Incarnate), Bananas in The House of Blue Leaves (Black Hole Theatre), The Maid in Dionysus is Getting Impatient (Theatre Incarnate), Cindy in Remember the Night  (Moving Target Productions), Marguerite in The God Box (out of line theatre), and Denise in Problem Child (Venus.calm).

Gwendolyn is a theatre artist born and raised in Winnipeg. She is an honours graduate from the University of Winnipeg’s Department of Theatre and Film. Theatre credits include The Cherry Orchard (Theatre by the River, Chekhov Fest 2014), Hamlet as Told on the Streets (One Trunk Theatre), The Penelopiad, (RMTC), Way to Heaven, and One of Ours (WJT), Munscha Meeya (PTE), The Artichoke Heart, The Last Time, The Fisherman and His Soul, The Witches, The Green Room, 13 Plays About Love, Hitched, StranDead, and Identity.com (Winnipeg Fringe Festival), The Adventures of Pericles, Picnic, and Better Living (University of Winnipeg). 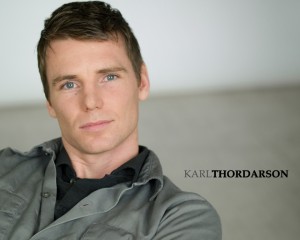 I Dream of Diesel is Karl’s first appearance with Theatre Projects Manitoba. Karl was last seen seen on stage in Theatre by the River’s repertory productions of Cock and Bull. Previous appearances include works from local companies Shakespeare in the Ruins, Echo (beach) Theatre, Sarasvati, Gallery Works, Theatre Incarnate and with his own family troupe, a KDSZ show. 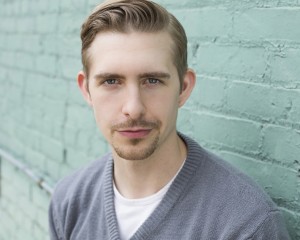 Justin is a recent graduate of the University of Winnipeg’s Theatre Honours program. Most recently he has been touring Armstrong’s War (Royal Manitoba Theatre Centre) across rural Manitoba and Ontario. Justin can also be seen in Bad Jews with a fantastic cast at the Winnipeg Jewish Theatre this May, and across Canada with his show The Manic Pixie Dream Girl at the Winnipeg, Montreal, London and Calgary Fringes. Justin is thrilled to be working on a project he saw in it’s infant stages at a Theatre Projects salon. Can’t thank Andraea enough for bringing me into the fold last year and Scott for his infectious jams. 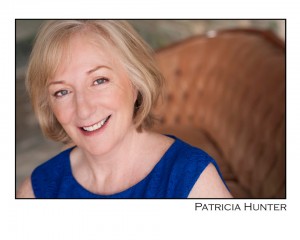 Patricia is delighted to be a part of Theatre Projects Manitoba’s upcoming production of I Dream of Diesel. Other credits with Theatre Projects Manitoba include Age of Arousal, PROK, Last Man and Woman on Earth, Etienne, and Albertine in Five Times.  Patricia has worked on all of Winnipeg’s stages and a few across the country.  Later this season she will be back at Rainbow Stage after a thirty-five year absence! 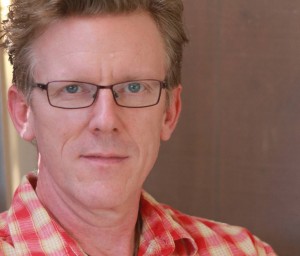 Arne performed the title role in Shakespeare’s Dog at the Manitoba Theatre Centre and the NAC in Ottawa.  He played Hamlet, Richard III, and many other roles for Shakespeare In the Ruins, and has worked at most of Winnipeg’s theatres.  Arne has directed over thirty productions in Winnipeg.  Favourite shows include Sargent & Victor & Me (Theatre Projects Manitoba), The Threepenny Opera (The Manitoba Theatre Centre and Shakespeare In the Ruins), Head, The Tempest  (Shakespeare In the Ruins). He performed with his partner Debbie Patterson and their two kids Gislina and Solmund in Patterson’s play Molotov Circus, which was presented at the Winnipeg Fringe and the Summerworks festival in Toronto. He is a member of nuna(now), an Iceland­Canada art convergence.  In association with nuna(now), Arne  co­created with a group of Icelandic and Canadian artists a performance work called The Island, which was shown in Reykjavik and Winnipeg. 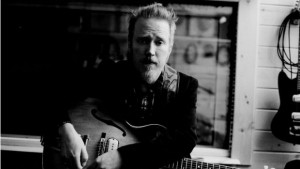 Born in Toronto and raised in Winnipeg, Nolan hasn’t been without an instrument in his hands as far back as he can remember. His efforts in several bands, including Leaderhouse and Motel 75, soon directed him toward a strong solo career that has secured him a place in the ranks of the country’s finest songwriters and performers. A seasoned multi-instrumentalist, Nolan has recorded (alongside bandmate and drummer Joanna Miller) with several modern Americana tastemakers, including the Holmes Brothers, Hayes Carll and Gurf Morlix. 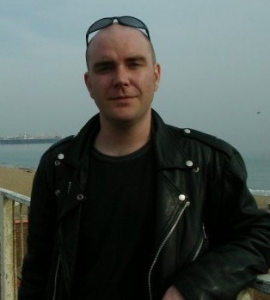 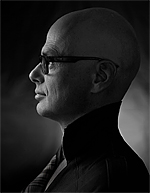 For over 30 years, Hugh has collaborated with artists, choreographers, dance companies and theatres across Canada and abroad, including Canada’s Royal Winnipeg Ballet, Gearshifting Performance Works, the Manitoba Theatre Centre, Q Dance, Theatre Calgary, and the National Arts Centre. Hugh has designed many shows for Theatre Projects, including the recent Sargent and Victor and Me, Bashir Lazar and John and Beatrice. He has expanded his process beyond traditional lighting design to include various forms of interactive media and photography: Freya Björg Olafson’s HYPER_ and AVATAR, Jolene Bailie’s Sensory Life, Infinite World and Hybrid Human at the Winnipeg Art Gallery. His photographic work resides in private collections and has been published internationally. 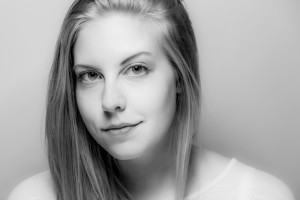 A recent graduate of the University of Winnipeg department of Theatre and Film, Jane is thrilled to be part of this new work with One Trunk and TPM! Jane has stage managed for various local festivals including Fringe, FemFest, and the 2015 Kids’ Fest; she is looking forward to her first adventure with Shakespeare in the Ruins this spring. 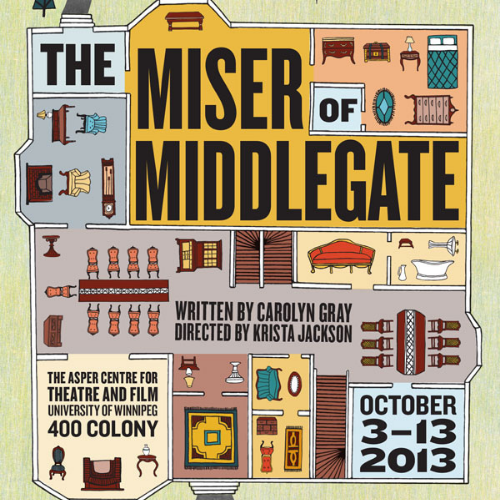 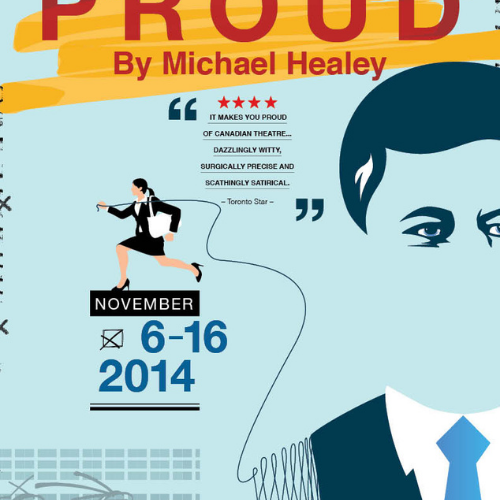 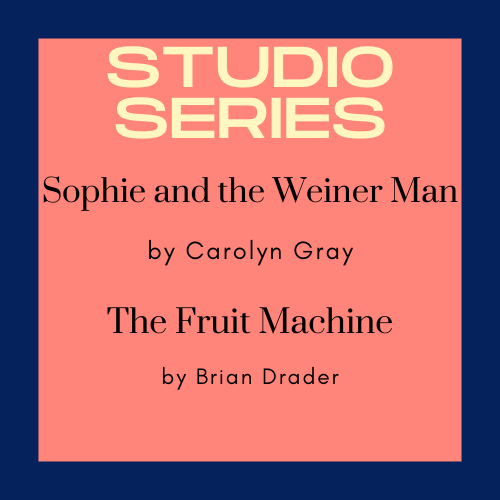