Accessibility: The Colin Jackson Studio is located in Portage Place Mall on the 3rd floor inside Prairie Theatre Exchange.  Portage Place has elevators and PTE is accessible, including two gendered washrooms

Content: The classical and contemporary meet up circa 1985. There are descriptions and depictions of violence, racism, suicide and murder. The characters engage in actions and discussions around gender and sexuality that include homophobia, bisexualism, cross dressing and mistaken identity. There is sword play and fighting.

Please don’t hesitate to reach out to us at [email protected] if you have any questions about content, accessibility, or anything else.

If you cannot find your desired date we are either SOLD OUT or almost at capacity. To see if there are any cancellations call 204-989-2400 or email us at [email protected] 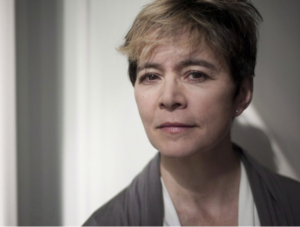 Ann-Marie MacDonald is an author, playwright, and actor. She is best known for her novels, Adult Onset, Fall On Your Knees, and The Way the Crow Flies, as well as her plays, Goodnight Desdemona (Good Morning Juliet) and Belle Moral: A Natural History. Her work as an actor on stage and screen has earned her a Gemini Award and a Genie Nomination. Ms MacDonald’s writing has been honoured with numerous awards including the Chalmers, the Dora Mavor Moore, the Governor General’s, and the Commonwealth Prize. She hosted CBC Television’s Life and Times for seven seasons and Doc Zone for eight seasons. Ann-Marie was the inaugural Mordecai Richler Reading Room Writer in Residence at Concordia University, and she continues to coach students in the Acting and Playwriting Programs at the National Theatre School. Ms MacDonald lives in Toronto and Montreal with her family. 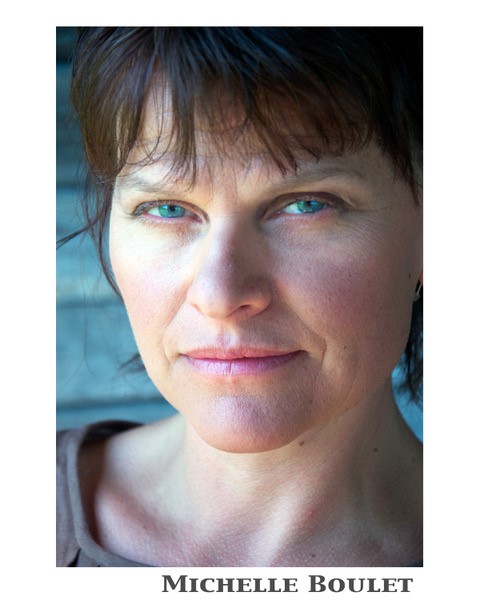 A graduate of the University of Winnipeg, Michelle Boulet spent 12 years as the longest running Artistic Director of Shakespeare in the Ruins (SIR).  In June 2019, she left to focus on directing and writing. She went out with a bang; directing Timon of Athens which garnered five nominations and two wins at the 2018 Winnipeg Theatre Awards. Michelle took time out from SIR for a brief tenure as Assistant Director at Vancouver’s Bard on the Beach. During her time with SIR, Michelle was also honoured to be selected to participate in the Michael Langham Program for Classical Direction in Stratford, Ontario.  She is also a proud founding member of The Fu Fu Chi Chi Choir which recently recorded its first EP crazy, crazy, fancy fancy.  When not in the rehearsal hall or on stage you will find Michelle on her five acres in St. Andrews tending to her ever-expanding garden or sitting at her picnic table, sipping a cocktail and watching “chicken TV”. 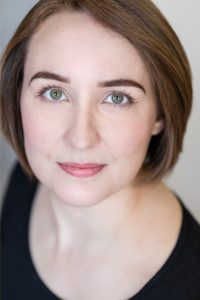 RobYn Slade is a Winnipeg-based actor and improviser. She is a proud member of the musical improv company Outside Joke, celebrating 17 years of producing improvised theatre in Winnipeg.

RobYn is delighted to be stepping into two very different roles in the 19/20 theatre season, first as Constance Ledbelly in Goodnight Desdemona, Good Morning Juliet, and then asGinger in The Gingerbread Girl at Prairie Theatre Exchange. 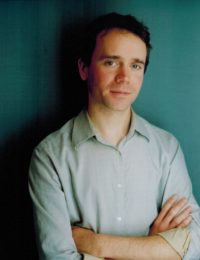 The last time TK was in a full production with his favourite theatre company it was Armin Wiebe’s wonderful play The Moonlight Sonata of Beethoven Blatz. In the meantime he has been pining away, trying to fill the TPM-shaped hole by acting with other companies around Winnipeg and across Canada, and by making music as a solo artist (Tommy Douglas Keenan), and with his duo (Heavy Bell). Now he’s back and, for this fleeting moment, all is right in his world. 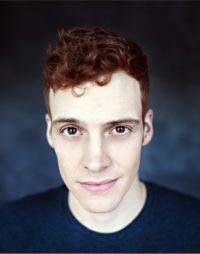 Ryan is thrilled to be making his return to Theatre Projects Manitoba in one of his all-time favourite plays. Previously at TPM, Ryan was seen wearing heels and a wedding dress in The Miser of Middlegate. Since then, Ryan has been making a name for himself working for some of the top theatre companies in Canada. Selected stage credits include: Seminar (Mirvish/RMTC), The Best Brothers (WCT/TNW/Kay Meek), A Christmas Carol, The Glass Menagerie, Sherlock Holmes and the Case of the Jersey Lily, Gone with the Wind (RMTC), South Pacific (Rainbow Stage), Tribes, Buyer and Cellar, and the critically acclaimed production of Angels in America (WJT). On top of his many credits, Ryan is also a three-time Canadian Comedy Award nominee for his work with sketch comedy troupe, Hot Thespian Action. Love always to Adam and Mom. 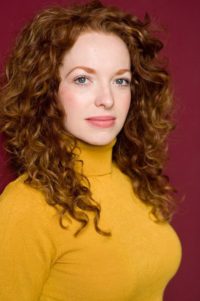 Laura is thrilled to be collaborating with a brilliant female director, on a play written by a prolific female writer with an admirable female artistic director at the helm. TPM audiences may remember her from the 2015/16 season when she played “Kassandra” in Nicholas Billon’s play,  “Iceland”. Laura is a graduate of Grant MacEwan University and the University Of Winnipeg’s Educational Assistant diploma program. She feels extremely lucky to be a working actor/singer and Educational Assistant in her beloved hometown. She is very grateful to be a part of this years “Shakespeare Fest”. This is for my mother, the strongest woman I know. 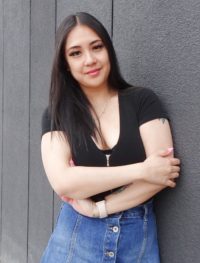 Joanne approaches acting like one does an extreme sport. She recently starred in My Frozen Heart with Crosswalk Productions as the anxiety-ridden Sarah Beau-Demers who tackles issues of sexual harassment in the film industry. This original play by Bertsinger Award winner Hannah Foulger made its premiere at Winnipeg Fringe in 2019.

Though clearly a very strong dramatic actress, Joanne leaves little to be desired when it comes to versatility. Her mainstage debut with Théâtre Cercle Molière titled Que faire d’Albert (directed by Laura Lussier) played to sold-out crowds and continued to the mainstage at Prairie Theatre Exchange as What To Do With Albert. This unique experience allowed her to successfully showcase her pride as a multilingual actress.

Joanne is excited to not only have her first appearance with Theatre Projects Manitoba playing the role of Juliet, but to also fulfill a lifelong dream of portraying Shakespeare’s most iconic character. 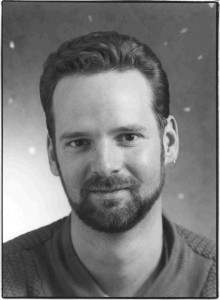 Previous work for Theatre Projects Manitoba: Iceland in 2015. Scott has designed for theatres from Ottawa to Victoria including Mirvish Productions and the Stratford and Shaw Festivals. In Winnipeg, Scott has designed over 60 Productions for the Royal Manitoba Theatre Centre, 48 productions for Prairie Theatre Exchange and numerous for Manitoba Opera, Manitoba Theatre for Young People and most other theatre and dance companies in Winnipeg. Scott is a graduate of Ryerson Theatre School and a member of The Associated Designers of Canada. Special thanks to Karen, Sean and Alex for their love and support. 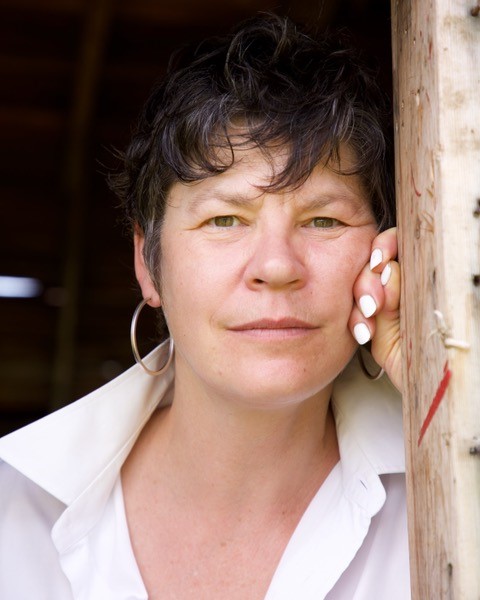 Maureen has been designing theatre and film costumes for a few years. Latest and most notable to her theatrically would be “Dragonfly” (TPM). She is also eagerly anticipating the release of “Stand”, a feature film based on the the Winnipeg General Strike. You can see her work this winter at RMTC in “The New Canadian Curling Club”, and in many Christmas movies on Lifetime network. 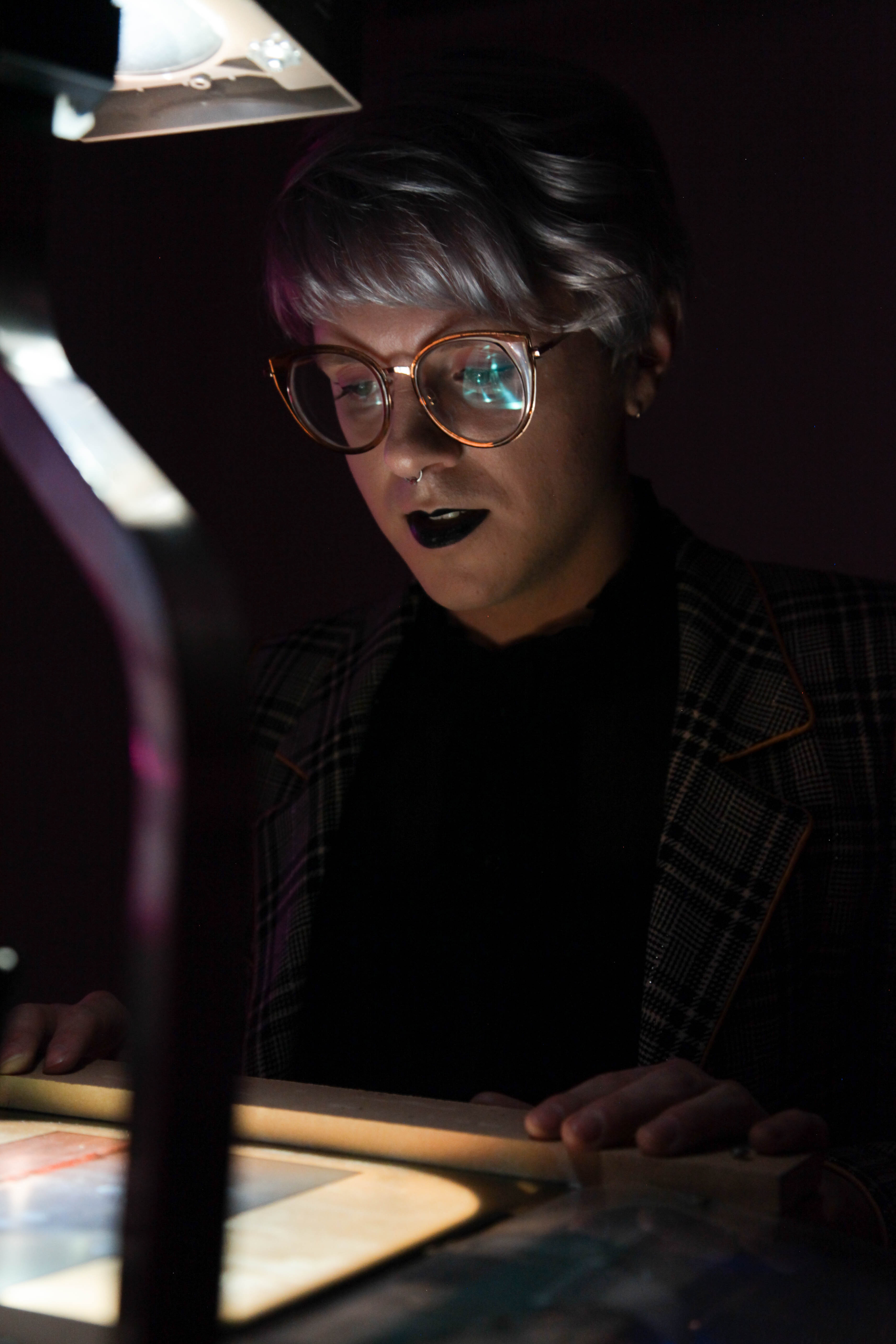 Davis is an intermedia artist working on Treaty 1 territory in the spaces between performance, writing, and media. Their work has been shown by Cluster Festival, Nuit Blanche, Young Lungs Dance Exchange, WNDX Festival of the Moving Image, and Art Holm. Recent residencies include Young Lungs Dance Exchange, CARTAE Open School, VideoPool Artists in New Media Residency, PlugIn ICA Summer Institute, 8Days8, and Conversations on Performances at Festival TransAmériques. As a sound artist they have collaborated with OneTrunk Theatre, Frances Koncan, Debbie Patterson, Mia van Leeuwen, Alexandra Elliot, and 2boys.tv. Davis is also one half of We Quit Theatre, a performance collective with Gislina Patterson. We Quit Theatre’s first performance, 805-4821, received 5Ns in Now Magazine for its sold out run at SummerWorks Festival, where it was awarded the Buddies in Bad Times Vanguard Award for Risk and Innovation. 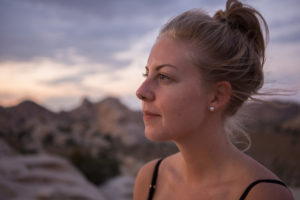 A Winnipeg based Stage Manager and Scenic Painter, Jane is thrilled to be back with the lovely folks at TPM. Credits include: The Wedding Party (PTE/Arts Club), Red Earth, I Dream of Diesel (One Trunk Theatre/Theatre Projects Manitoba); The Threepenny Opera (Sick + Twisted/AA Battery); Sargent + Victor + Me (S+T/TPM); A Short History of Crazy Bone, Reservations (TPM); The Lion, The Witch, & The Wardrobe (Manitoba Theatre for Young People); Romeo & Juliet, Romeo & Juliet, Antony & Cleopatra (Shakespeare in the Ruins); Last Train to Nibroc (Royal Manitoba Theatre Centre). During warmer months, Jane enjoys trail running, distance hiking, and spending as much time outdoors as possible. 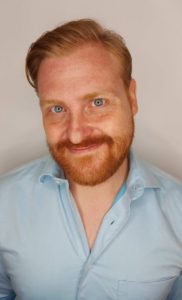 Quinn has performed as a comedian and character actor on stage and screen for over a decade. Some notable roles include being a former member of HUNKS Sketch Comedy, portraying The Peanuts Gang in A Charlie Brown Christmas with the Winnipeg Jazz Orchestra, and embodying Bernie, The Recycle Everywhere Raccoon. Quinn is overjoyed to join this amazing team as they bring Ann-Marie McDonald’s hilariously clever masterpiece to life! 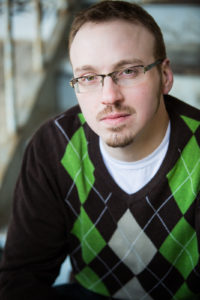